Investors could return to falling property markets across the nation before the year’s end,  in a bid to beat proposed changes to negative gearing and capital gains tax, experts say.

Labor will introduce changes to negative gearing concessions and the capital gains tax discount on January 1 next year if it wins the May election, shadow treasurer Chris Bowen announced on Friday.

It is six months earlier than the mid-2020 start many had anticipated for the reforms, which will see negative gearing limited to newly built homes and existing investment properties, and the capital gains tax discount halved.

“Many people thought July 1 next year was the most likely start date,” said Domain economist Trent Wiltshire. “It’s probably a good thing [they’ve chosen an earlier date], it means the uncertainty will end a bit faster.”

A rush of investors back to the market is unlikely, Mr Wiltshire said, but the January 1 start date is likely to bring forward some investor activity before year’s end.

“It will be a pick-up, but it won’t be huge,” Mr Wiltshire said. “I think that will bring some support to prices in late 2019.”

Mr Bowen said the January 1 start date was a “good smooth time for implementation” because the Christmas and New Year period was a traditionally quieter time for property.

NAB chief economist Alan Oster said there was potential for an increase in people looking to sell towards the end of this year if Labor was elected.

“It’s possible that people may want to sell before this new reform is introduced, but it’s hard to tell,” Mr Oster said.

He added while market activity was generally quieter over the summer break, the anticipation around the proposed start date may change buying and selling behaviour.

Mr Wiltshire noted it could result to a boost in activity in December, a traditionally quieter month for the property market, with more auctions and sales likely to run right up to Christmas than in other years.

Grattan Institute fellow Brendan Coates said a Labor victory would likely bring forward investor purchases to the second half of this year, resulting in a lull in activity next year.

“I don’t think it would be a long lull,” he said. “What’s happening with house prices and lending in particular, is more likely to [sway investor activity].”

As a result, he noted, any investor return this year would be small. Investors would weigh up the savings from taking advantage of current tax settings versus the savings that could be made on property prices if the market continues to cool, Mr Coates added.

“In the long run the value of tax concession to the investor is only worth a couple of per cent on the purchase price. So [if investors think] prices are going to fall another 6 per cent or more, they’re not going to try get in before January 1,” Mr Coates said.

He added that Labor’s policy may also boost sales for new apartments and increased demand could help the weaker construction sector, which has been affected by the market downturn.

“Tax-sensitive buyers will probably be keen to take advantage of the time delay before the policy change kicks in on 1 January 2020,” Ms Murphy said.

“At a time when investor demand is sluggish and heavily impacted by tightened lending standards, that could prove to be a positive for the housing market.”

As financial markets get ever more gloomy in their outlook for the economy, it is leading to lower borrowing costs for home loan customers who are prepared to lock in an interest rate.

Fixed-rate home loans – which reflect the market’s expectations about official rates set by the Reserve Bank – have slid significantly in the past six months.

Lenders – including AMP, Aussie Home Loans, Westpac and Citi – have cut some of their fixed-rate loans in the early part of 2019, with most of the reductions targeted at owner-occupier customers.

It’s a trend that probably has further to run, as banks try to entice cautious customers to wade into a falling property market.

Why the change? Markets have placed growing bets that the RBA will cut official interest rates from their record low of 1.5 per cent some time this year.

Figures from Mozo, a comparison website, show the most cuts have been made in two and three-year fixed loans, but there have also been significant cuts in longer terms of four and five years.

At first glance, those rates look cheap. They are lower than what most banks offer in their variable rate loans.

However, fixing an interest rate is a bit of a gamble.

Just months before the global financial crisis struck in 2008, the proportion of people fixing reached a peak of more than 25 per cent.

Within months, many of those borrowers were caught out after the Reserve Bank started slashing variable rates in response to the global financial disaster.

Right now, market pricing implies the cash rate will be 1.25 per cent by August and 1 per cent by April next year.

Peter Marshall, from Mozo, says there is a risk of “buyer’s remorse” if, as some believe, the central bank does cut rates.

“The banks will be looking to lock people in at these rates before the RBA cuts,” Marshall says.

He says a two-year rate of 3.58 per cent might look “great” today, but it’s much less certain it will be as good a deal in six or nine months time.

However, for borrowers who want the extra certainty of knowing their repayments, fixing some portion of their loan could make sense as a way of hedging your bets.

ANZ Banking Group is loosening some of the clamps it put on interest-only mortgage lending in 2017, after pledging to reopen the door to property investors following a period of excessive caution.

The big four lender on Thursday said it would again start offering customers an interest-only period of up to 10 years, up from five years now. It will also allow interest-only loans where a customer has a deposit of 10 per cent of a property’s value, where previously it required a 20 per cent deposit.

The changes are a clear signal the bank is trying to spur growth in the housing investor market, where interest-only loans are most popular, after chief executive Shayne Elliott last month admitted it had been “overly conservative”.

It is also the latest sign of a loosening in restrictions on investor and interest-only loan growth, after the Australian Prudential Regulation Authority (APRA) late last year removed caps on these types of mortgages.

ANZ told mortgage brokers the policies it was now reversing had been introduced in response to APRA’s demands in 2017.

The bank believes that by making the changes, which take effect on Monday, it will offer a longer interest-only period than rival major banks, although other banks already offer interest-only loans with a 10 per cent deposit.

The investor market – which was a key driver of loan growth in the residential property boom – has slowed sharply over the past year as house prices have fallen in Sydney and Melbourne. 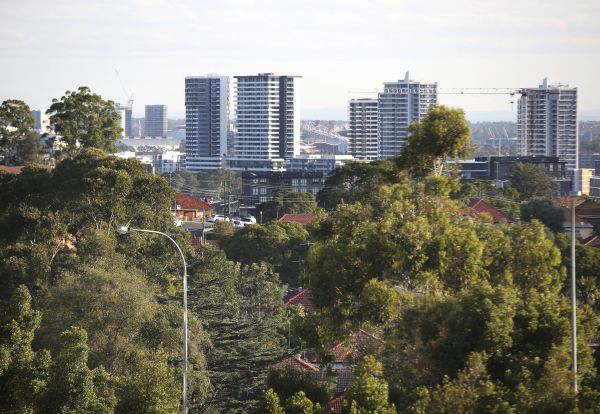 New South Wales faces the most severe housing crisis across the country. One-third of voters rent and half of those on low-income are in rental stress.

Housing is tipped to be one of the biggest election issues ahead of the polling day on March 23. Here is what the three major parties have offered so far.

The Coalition has not made any major policy announcement since Premier Gladys Berejiklian’s first budget in 2017.

When Ms Berejikilian took over the job, she publicly declared that making housing more affordable in NSW would be one of her top priorities.

The government has since implemented a housing affordability strategy which pledges to “give first-home buyers a fair go” by:

Since Berejiklian’s first budget as Premier:

Providing housing targets, identified by the Greater Housing Commission, for each local council;

Requiring the government land development agency Landcom to be involved in housing affordability;

The government claims there has been 65,000 housing completions in the year to June 2018.

The Coalition legislated the biggest shake-up of rental laws in more than two decades:

No penalties for domestic violence victims who break a lease ;

Limiting rental increases for periodic leases to once a year ;

Improve tenants’ ability to make minor alteration to a home ;

A promise to change the bond system so tenants can transfer their current bond to their new place is yet to be implemented.

Michael Daley’s Labor Party goes to the polls with a pitch of increasing housing and ensuring fairness.

Mandating 25 per cent affordable housing through inclusionary zoning in all new developments for any rezoned government land;

Make Greater Sydney Commission re-write its housing targets for each region to ensure a fairer spread of housing and ensure infrastructure keeps up with development;

Prioritise new infrastructure and public transport in the west and south.

End no-fault evictions, specifying a list of grounds for the landlord to terminate a lease, in the first 100 days of a Labor government;

Introduce tenancies for up to five years – in consultation with industry;

Limit rent reviews to once a year;