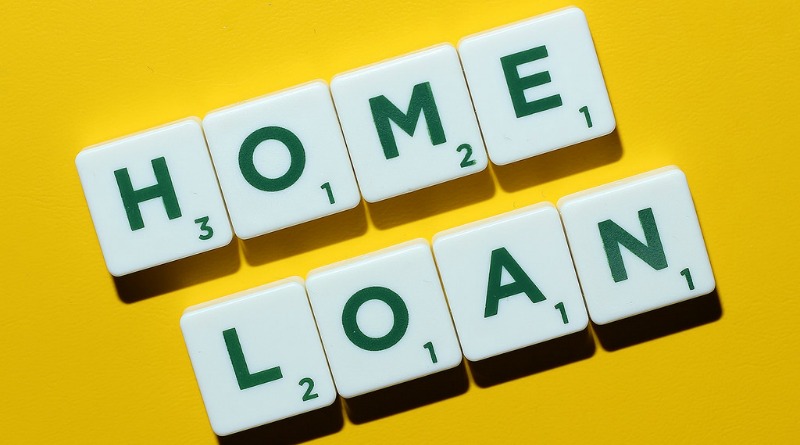 Home buyers are set to receive a borrowing boost in the order of $100,000 because of a combination of looming changes to lending standards and interest rate cuts, new modelling shows.

A single borrower with an annual income of $80,000, no other debts and average – or below – living expenses could today expect to be approved for a maximum loan amount of $512,000.

This would increase to $567,000 under the proposed relaxation of loan serviceability rules flagged by the banking regulator last week, according to modelling by Independent Mortgage Planners.

It would increase again, to $598,000, if the Reserve Bank also delivers anticipated interest rate cuts of half a percentage point in coming months, by enabling borrowers to service higher debts off a given income.

Combined with the defeat of Labor’s negative gearing reforms and the Morrison government’s new scheme to help first-time buyers, analysts have begun tipping an end to property price falls across Sydney and Melbourne.

“Combined, we think these events will lift sentiment – especially in the housing market,” ANZ economists David Plank and Felicity Emmett, wrote in a note to clients on Friday.

Since 2014, lenders have been required by the Australian Prudential Regulation Authority to make sure potential borrowers can service their loan sizes at an interest rate of 7 per cent, with most lenders using a slightly higher test of 7.25 per cent.

The regulator now proposes borrowers be tested for their capacity to meet repayments at the prevailing mortgage rate – currently around 3.75 per cent – plus a buffer of 2.5 per cent.

But it remained to be seen how banks would respond, Mr Morgan said. “The calculations assume – and it’s a huge assumption – that lenders choose to relax their standards to the maximum permissible. Some may, but I believe most will be more conservative, at least until we see definite and widespread signs of a housing recovery.”

If banks did relax standards to the permissible maximum, however, a dual income couple with no kids, both on incomes of $80,000, could expect to borrow about $150,000 more – boosting their potential loan size over the $1 million mark. The same couple, but with two kids in tow, could borrow $122,000 more, for a total loan size of about $841,000.

“I don’t see the scheme having any significant effect on borrowing capacity or access to finance. Largely, I see it doing little more than allowing a fortunate few to avoid insurance costs – which is, of course, nothing to be sneezed at.”

First-home buyer Jan Zhou is saving for an off-the-plan apartment in Sydney Olympic Park. She, too, is wary.

“[The scheme] sounds really great, but it might not be that helpful,” said Ms Zhou, who put a 5 per cent deposit on a one-bedroom unit in Mirvac’s Pavilions development in 2017 and has plans to save a 20 per cent deposit by settlement date to avoid getting lenders mortgage insurance with her loan.

“I would like to borrow more, but with current interest rates, if I borrow 90 per cent, I can’t really afford repayments. People who might be less cautious [may find themselves] later struggling.”

Capital Economics’ Ben Udy said many borrowers may choose not to borrow to the new limits. “The Reserve Bank estimates that less than 20 per cent of borrowers take loans close to their borrowing limit,” Mr Udy said.

However, combined with interest rate cuts, it was likely maximum loan sizes would rise in coming months.

“The upshot is that house price declines should continue to moderate,” he said. 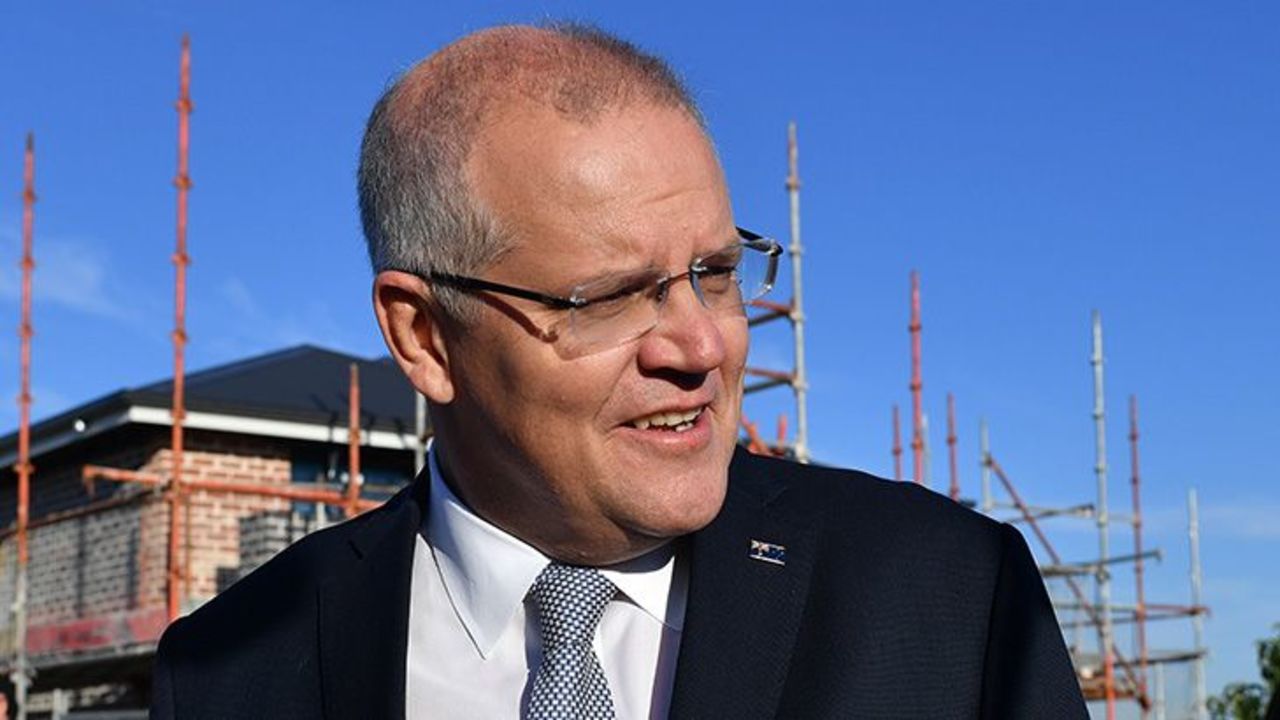 Prime Minister Scott Morrison has outlined a major plan to help younger Australians buy their first homes in an election campaign launch that triggered a response within hours when Labor vowed to match the policy.

Mr Morrison said a re-elected Coalition government would set up a scheme to offer loan guarantees for first home buyers so they could buy their properties with deposits of just 5 per cent of the price.

Labor moved quickly to match the idea and avoid a political fight over housing affordability, after the government presented its plan as a better way to help young home-buyers than Labor’s proposal to scale back tax concessions on negative gearing.

The government proposal is a significant departure from previous attempts to help younger people trying to get into the housing market, requiring $500 million in guarantees and possibly more over time.

But it will not be open-ended. The government intends to borrow $500 million so it can invest the money in the National Housing Finance and Investment Corporation, which would offer the guarantees to aspiring home-owners.

The scheme would be capped at 10,000 loans every year, about one tenth of the market given estimates that there were about 100,000 loans to first-home buyers last year.

The National Housing and Investment Corporation would support the buyers for the life of their home loans or until the value of the property rises to a point where they choose to refinance.

“That would include guaranteeing, to approved applicants, the additional loan amount taken out by the first-home buyer to cover the difference between the lower deposit of, say, 5 per cent and 20 per cent of the value of that property,” Mr Morrison said.

“This scheme would give preference to working with the smaller banks and the non-bank lenders to boost competition.

“Of course, the lenders would still be the ones lending the money. They would still do all the normal checks on the borrowers to make sure that they can meet their repayments -this isn’t free money.

“The support would stay in place for the life of the loan, and when they refinance in a few years’ time, when the equity increases, which it would under a Liberal National government, then that’s when the guarantee ceases.

“But they’ve got their first leg on the first rung of the ladder.”

The proposal takes on Labor over property prices and younger Australians, as Opposition Leader Bill Shorten seeks to raise $32 billion over ten years from changes to negative gearing and capital gains tax but plays down the impact of his policy on the real estate market.

The new policy, called the First Home Loan Deposit Scheme, will be available from January 1 for those who have saved at least 5 per cent of the value of the home, but it will also be subject to limits for each market.

“The value of homes that can be purchased under the scheme will be determined on a regional basis, reflecting the different property markets across Australia,” the Coalition said in a press release after Mr Morrison’s speech.

This suggests the government would have to apply a cap on the value of the homes that would qualify, and therefore limit the exposure to the Commonwealth from the guarantees over 15 per cent of the loans.

The government has not said what those caps would be, but it assumes that most first-home buyers would not use the scheme.

People occupying their own properties took out $19.7 billion in housing finance in November, according to the Australian Bureau of Statistics. About 18 per cent of these loans went to first-home buyers.

“Labor will match this commitment,” Mr Bowen said in a statement.

“After six years of failure, and six days before an election, the Liberals are desperately trying to tell young Australians they understand their struggles to buy their first home,” Mr Bowen said in a statement.

“We back genuine support for first home buyers ? that’s why we are also reforming negative gearing for future purchases, so young Australians don’t have to keeping losing out to wealthy property speculators.”

The $500 million cost of the policy does not deepen the budget deficit or weaken future surplus for either major party. As an investment, it will be treated as a capital item rather than expenditure.