Aerotropolis Green Spaces to be Reduced After Backlash 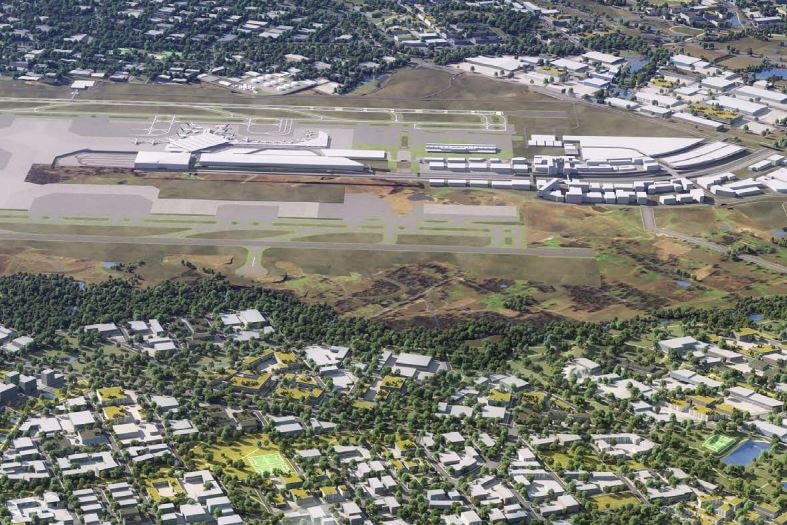 Open spaces will be scaled back under proposed changes to the final planning package for the Western Sydney Aerotropolis.

Proposed changes to the State Environment Planning Policy are on public exhibition as the state government aims to unlock the development potential of the planned city.

“We’ve listened to the community and the recommendations of the Independent Community Commissioner Professor Roberta Ryan, and reduced the amount of land earmarked for open space or an environment and recreation zoning,” Stokes said.

“We will still achieve our vision for a Western Parkland City under these proposed changes, while allowing landowners to continue using their property as they do now.

“This means fewer properties needing to be acquired while still ensuring 95 per cent of homes in the Aerotropolis will be within a five-minutes’ walk of open space.”

About 16 per cent of land in the 869ha of identified development precincts would be acquired for parks and public spaces.

Rural zoning will be reapplied to two-thirds of the land in a scaled-back environment and recreation zone at Wianamatta-South Creek under the proposed amendments.

Previously permitted land uses would also be reintroduced in the Aerotropolis and the future of Luddenham would be considered further in the Luddenham Village discussion paper as part of the public exhibition.

The New South Wales government released a report in August from the Independent Community Commissioner for the Western Sydney Aerotropolis, which outlined 40 recommendations to better support local landowners, who have met resistance in rezoning.

More than 100 landowners raised concerns about the difficulty of rezoning land in the aerotropolis precinct.

The Property Council of Australia has welcomed the proposed changes to the Western Sydney Aerotropolis State Environmental Planning Policy (SEPP).

“The government’s proposal reflects a more realistic and practical vision for the aerotropolis and takes into account that employment precincts don’t have the same open space needs as developments that have higher levels of housing,” Grove said.

“This is a positive move, but if the aerotropolis is to be taken seriously as a destination for investment, the industry will need the requirement for architectural design competitions for sheds and factories to be removed.

“Design competitions have a role in creating attractive towers and places, but our city still needs areas for warehouses and factories where development is shaped for efficiency and productivity and needs to prioritise function over form.”

Grove said a timeline for the delivery of supporting infrastructure needed to be developed alongside master planning schemes.

“The hard reality is that we don’t know what innovations this precinct will bring, and we need to make sure our planning system is flexible enough to take into account ideas which are outside the box but still have planning merit,” he said.

Grove said the PCA would be “cautiously combing” through the Phase 2 Development Control Plan that has also gone on exhibition.

Earlier this year controversy over skyrocketing land values sparked a review from Valuer General Dr David Parker, which found total market increases had ranged from 58 per cent to 238 per cent across multiple aerotropolis precincts.

In most cases, rezoned properties in the aerotropolis are expected to experience an overall increase in value. However, if new zonings are more restrictive than the land’s current use, landowners are unlikely to be worse off.

Six precincts around the 11.200ha Western Sydney Aerotropolis were due to be rezoned with the aerotropolis to be divided into 10 precincts.

Landowners in the earmarked precinct could apply to accelerate rezoning if the parcel of land met strategic planning requirements, but increasingly they have met with resistance sparking calls for an overhaul of zoning.