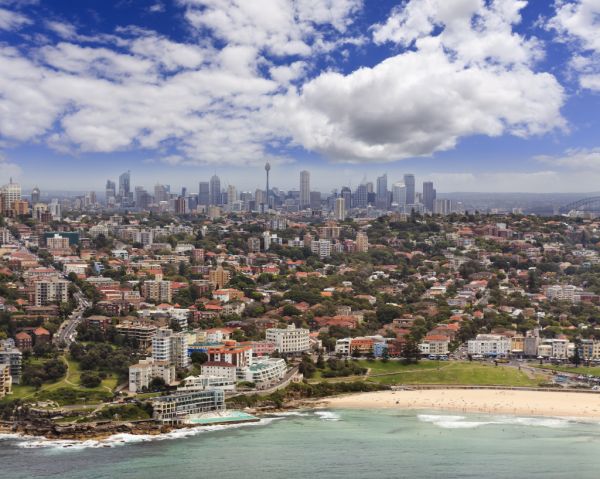 The housing boom in some of Sydney’s highly coveted lifestyle locations is losing steam, and more choice for buyers is on its way after the deluge of rain.

Auction clearance rates dropped in almost every region of the city, but far-flung suburbs suited to remote working recorded the deepest falls this February compared to February last year, as buyers planned to return to their CBD offices.

It came as the city reached its highest level of auction listings for the month of February since Domain records began, reducing the urgency for prospective buyers.

The North Sydney and Hornsby region, which covers most of the north shore from Mosman up to Cowan, fell 29.6 percentage points in that time, with about one in two properties clearing under the hammer in February.

Auction markets in other lifestyle locations pulled back by double digits as well, including the Central Coast (down 28.6 percentage points to 56 per cent) and the Northern Beaches (down 16.1 per cent to 74.4 per cent).

The influx of homes scheduled for auctions in February affected attendance at open for inspections, with a 28.9 percentage drop in the four weeks ending March 6 compared to the same time last year.

For the first time in more than a year, conditions are turning in buyers’ favour as the market returns to more normal levels after a record property boom, according to Ryan Felsman, senior CommSec economist.

“More available homes for sale means there is less urgency for buyers, giving them more power at the negotiating table for the time in at least 18 months,” Mr Felsman said.

“Home prices are slowing after soaring during the pandemic, with the run-up in prices crimping affordability. Also, rising fixed mortgage rates and expectations that variable mortgages will lift have also weighed on prices.”

It comes as home values edged lower across many Sydney regions in February, CoreLogic figures show, with North Sydney and Hornsby falling second-most at 0.6 per cent.

OH Property Group principal and buyer’s agent Henny Stier, who covers most of the north shore, said it has become easier for buyers to transact compared to a year ago, and vendors and agents know it as the rate of selling prior to auction rises.

“You had to offer above 10 per cent above the price guide or more in order to entice the vendors to sell prior to auction [last year], whereas now I’m able to buy them significantly below the bottom of the price guide. There definitely has been a shift,” Ms Stier said.

“Either the vendors have to adjust their expectations or the agents need to go through the auction process to condition vendors’ expectations down because there’s the social proof; we ran a campaign, we ran the marketing and no one showed up.”

She said agents were taking offers prior to auction because often there were only one or two strong buyers on each property now.

“There is also a general sense that prices are coming down, so there is a lot less tolerance of paying such high prices.”

The past three weeks of rain will also see a huge backlog of listings hit the market, with many vendors unable to paint or arrange photography, she said.

“The market has come off, the heat has come out. The picnic is really over,” Mr Wilcox said. “Bear in mind the A-grade properties are still turning over, they’re just not going as bullish as 12 or 18 months ago.

“My emails are full of price adjustments, price reductions – days on market are pushing out. It could be the beginning of a perfect storm for buyers.”

There was less competition on highly sought after properties in far-flung locations as the city began to return to normal as well, according to Michelle May of Michelle May Buyer’s Agent.

“For those regional areas, they would typically be referred to as lifestyle areas prior to COVID. They were not within reach of Sydney on a daily basis,” Ms May said. “But a lot of companies are retracting that option [of working from home full-time] or making it an only part-time option, so the demand for those regions has dropped as well.”

“The heat’s come off. It had to. It wasn’t sustainable. A-grade properties are still selling well, and there is strong demand. It’s the B-grade properties that are struggling and have come off further,” she said.

Ray White Upper North Shore director and selling principal David Walker said there were plenty of buyers in the market, but properties were not achieving results well above reserves anymore and vendors were beginning to adjust expectations.

“Last year owners were seeing that prices were had at auction that were considered well and truly over market value … whereas now the craziness has come out of the market,” Mr Walker said.

“Rather than buyers coming in and paying anything they can possibly pay to come into the market, they are more thorough in their purchasing requirements and the urgency to buy like yesterday has gone,” he said.