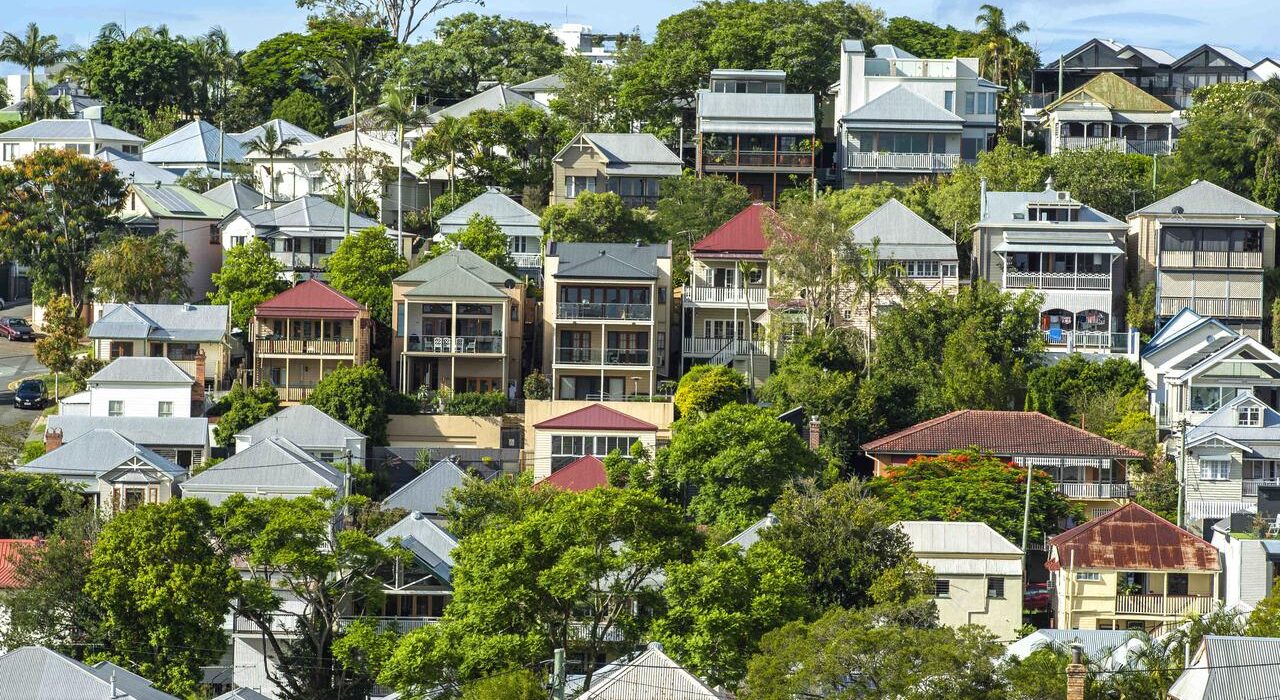 Ray White auctioneer Gavin Croft said four out of five homes scheduled for auction mid week sold in flood affected suburbs – with seven of 10 auctions he was due to call this weekend had already sold beforehand.

“Sherwood, Graceville, Oxley market are typically challenged when it comes to the floods,” Mr Croft said. “It was a real litmus test that we had properties that were central to these locations that have gone under. Four sold, all with strong competitive bidding with four to 10 registered bidders. The energy, the confidence in the market was interesting to see. That was a good litmus test given where those markets are and what has unfolded weather wise.”

Among the sales in flood affected streets was 236 Long Street East, Graceville – a suburb that was hard hit in 2011 floods with certain sections clearly on the Brisbane flood map. It sold for $1.81m with 10 registered bidders midweek – going above reserve despite the property being on a street that was heavily affected by the floods. The buyer went through a buyers’ agent while the sellers – a family with young children looking to capitalise on the market and move to acreage – went through Ray White Graceville agent Lisette Schults-Rand.

Ray White Queensland CEO Jason Andrew said certain properties “quite clearly can’t be shown” given the flooding situation in Brisbane and across SEQ “but interest is there and supply is still low”.

“Sellers are still looking at opening their properties this weekend. That’s not downplaying what anyone has been through, it’s just that there are still buyers in the market.”

Mr Andrew said some properties that sold mid week were just out of the flood impacted zones, while others showed on the flood map “but they still went very well”.

The main property hunters showing staying power despite the weather were local Brisbane buyers keen to get a foothold in the market while interstate buyers consider their next move.

Places like Upper Coomera on the Gold Coast – where interstate buyers made up 25 to 30 per cent of the buyer pool before flooding – have seen southerners drop to just 10 per cent of those chasing property now.

“It’s probably because they are interstate and they don’t know what’s happening in the area and they want to do additional research. Locals know it,” Mr Croft said.

Place chief auctioneer Peter Burgin said they had 35 auctions scheduled to go ahead this weekend in Brisbane, most in areas that were not flood affected.

“We’ll be encouraging people to bid via the phone or via Gavel our live bidding platform to avoid people’s need to move around unnecessarily,” he said.

Sellers are being advised today, he said, of the need to accommodate online auctions given the weather situation but no cancellations have been forecast so far.

“Yes, there are some houses definitely affected by the floods, but as we do not know the full extent of this yet, cannot give any firm figures around how many will not proceed this weekend,” he said.

“For many we believe you will find these decisions around cancelling auctions or opens will be made on Friday, depending on the individual effects on properties not only from direct water damage, but also the ability of buyers to attend opens or auctions.”

Mr Hanscomb said it was fortunate that sellers and buyers had the ability to transact auctions online if needed, which was instigated by problems brought on by Covid over the last two years. “This technology will allow buyers to still purchase properties that may not be affected directly but where they cannot physically attend the properties due to flooding.”

Mr Croft said he calls about 200 auctions a month and has had one reschedule so far due to the weather situation.

“People are still continuing on. I had 10 auctions booked for this Saturday personally and seven have sold prior. That’s been a trend that started to unfold this year where buyers are becoming a bit more aggressive prior.”

“The majority of our auctions have already pivoted (to online),” he said. “The ones last night were already online a response to the weather and Covid. A number of offices have moved their business that way and have maintained it. Given the 48-hour weather warning, that still enables everyone to participate and to keep safe.”

McGrath Queensland general manager Charles Higgins said they were looking at the flow-on effect of flooding at the moment.

“We’re assessing each property and suggest anyone interested in inspecting a property, contact the agent first. While we navigate the literally muddy circumstance, we have a clear mandate for all current and upcoming situations: 1. Assess the situation, 2. Support, 3. Communicate and 4. Find solutions.”

He said the priority was safety, vendor and buyer care, and providing extra support.

“We are getting through this together and we’re confident we will emerge as a stronger community.”