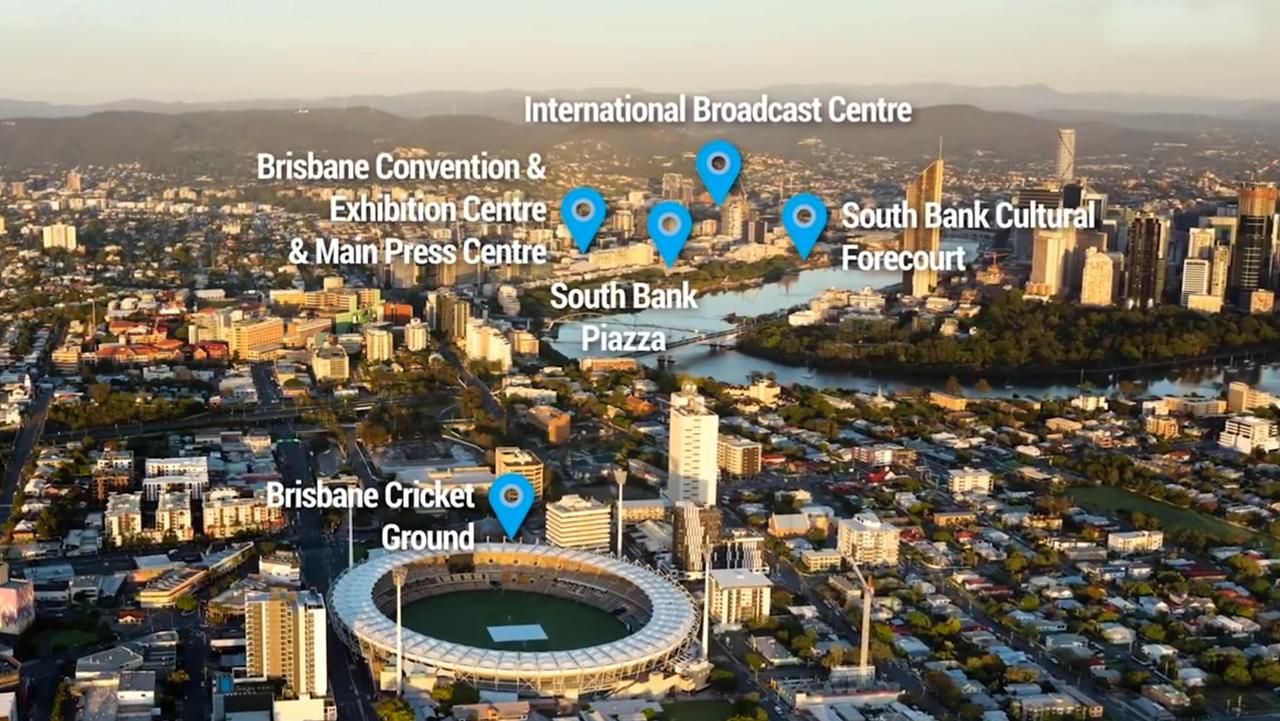 House prices in key inner Brisbane suburbs are tipped to more than double in the decade leading up to the 2032 Olympics as economists predict an imminent golden age of property for the Queensland capital.

The city’s thriving inner east – including Woolloongabba and Dutton Park – and Albion, Paddington, Hamilton and Kelvin Grove are some of the hot spots expected to boom off the back of major infrastructure spending ahead of the games, with Greater Brisbane set to soar past the million-dollar median house price mark soon, experts say.

New data from PRD revealed Brisbane’s median house price could collectively rise to $1.2 million by 2032, with Hamilton – which will accommodate the athlete’s village – predicted to leap from its $1.65 million house price average to just under $4 million after the Olympics.

Tennyson, which currently boasts a median house price of just under $1 million, could rise to just over $2 million and Woolloongabba – where many Olympic events will be held at the Gabba – could also soar from its current median of $1.086 million to just over $2 million, the PRD report said. According to the Domain House Price Report for the June quarter, Greater Brisbane’s current house price is at a record high of $678,236.

Ray White’s national chief economist, Nerida Conisbee, said while the Olympics would likely serve as an insurance policy to keep the real estate sector’s cogs spinning, the city was already charging towards a sizzling decade of property growth – partially thanks to COVID-19.

Many inner suburbs, she said, were now poised to sprint past the $1 million median house price milestone in coming months as long as interstate migration continued and the state could maintain its already low coronavirus case numbers.

“The other thing that is great about Brisbane is, while it’s getting more expensive, it’s still relatively cheap, so even though we’re starting to see some movement in pricing it’s still good and it’s still offering a cheaper alternative to other cities,” Ms Conisbee said.

“As for the Olympics, it puts Brisbane on the global stage so I guess one of the things that will help Brisbane over the coming years is simply maintaining that high level of migration … but at this stage, I don’t see it softening.”

While house prices in some suburbs within the city’s golden inner ring had already jumped by more than 30 per cent over the past year, Ms Conisbee said even blue-chip pockets such as New Farm were considered a steal compared to their Sydney counterparts. This, coupled with the lifestyle on offer in Queensland, had driven a record number of migrants from NSW and Victoria.

“I think definitely the inner suburbs are worth looking at and the premium suburbs are the ones to watch … you can’t live in the best suburb of Sydney for $2 million so that’s where Brisbane is looking really good at the moment,” Ms Conisbee said.

While a number of Olympic events will be scattered around the city and even on the Sunshine Coast and the Gold Coast, said Place Estate Agents Bulimba lead agent Matthew Hackett, eastern suburbs close to the Gabba were already posting incredible price growth with demand continuing to skyrocket.

“While the potential with the Olympics is hard to say because we don’t know where the market is going, I think house prices could go up 65 per cent in the next year (in key inner-east pockets),” Mr Hackett said.

“In fact, in the next six months we’ll see extremely good growth as a lot of people are still coming from interstate. Brisbane is coming into its own now and I would definitely be buying within a four-kilometre ring of the city.”

Mr Hackett said the city’s south side would also soar, with spots such as Mount Gravatt attracting a record number of buyers and, as a result, posting major price growth.

The city’s long-suffering apartment market is also tipped to grow off the back of the housing market boom, with high-end units already in hot demand, Mr Hackett said.

According to Place Advisory, Woolloongabba’s prime positioning as a central hub for the Olympics would ensure high price growth moving forward, particularly with a “much-needed” facelift worth millions on the cards and increased connectivity provided by the Cross River Rail.

Thanks to the proposed conversion of Albion Park dog track into a stadium, the team also tipped the inner-northern suburb to soar, alongside Portside and Hamilton which, aside from being the home of the athlete’s village, also has the new cruise terminal.

Finally, Herston, Kelvin Grove and Paddington are expected to reap the benefits of the games, thanks to Brisbane Live being the likely hub for entertainment in 2032.

The three-bedroom cottage “in desperate need of a reno” last sold for $640,000 in 2011 and has been “rented out every day since”. Dozens of buyers flocked to the home as the spotlight increasingly turned on the popular suburb.

“Brisbane has generally gone through a lot of growth in the past six months but particularly that precinct (around Geelong Street) because it’s so close to the city and just walking distance to the Gabba,” Ms Parr said.

“So there was a lot of interest [at the auction] and we had 11 bidders. That area is really up and coming, there’s a lot of potential and it’s already got really charming cafes.

Ms Parr said she felt the area was fast becoming a golden ticket for investors with all the ducks now in a row for nothing short of a house price explosion.