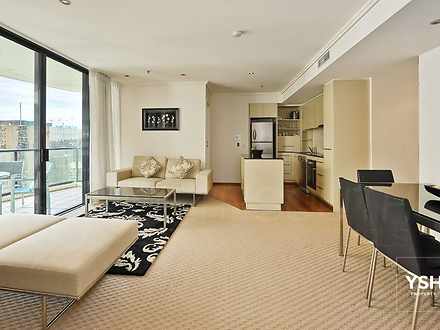 Soaring demand for affordable family-friendly homes close to schools and parks has sparked a rental boom across some of Brisbane’s leafy western suburbs, with prices climbing by up to 20 per cent in just 12 months.

The latest Domain Rent Report, released last week for the September quarter, revealed the steepest rent hikes were collected in the middle and even outer city rings of the Queensland capital, with Mount Ommaney claiming the crown for top performer after house rents there rose a massive $138 per week to $690 over the last year.

In the nearby bayside suburb of Woody Point, units topped the leader board after rents jumped 15 per cent to $345, with Camp Hill – in the coveted inner east – winning the silver medal after a 13.9 per cent rise raised weekly prices to $410.

While rents across the city collectively rose to record heights in the September quarter, not all suburbs posted positive growth. House rents in South Brisbane suffered an annual 8 per cent drop to $460. Grange house rents, in the city’s north, also took a dive of 7.6 per cent to $550, with Manly in the bayside south suffering a slump of 5.1 per cent to bring house rents to $490.

In units, the worst-performing suburbs were Sunnybank and Macgregor, which suffered price drops of 5.1 and 4.8 per cent to bring weekly rents to $370 and $400, respectively.

Despite the price fluctuations, the individual suburb data has revealed a growing shift towards affordable lifestyle suburbs amid a new set of rent conditions that Place Estate Agents director of property management Cathie Crampton said were, more than likely, here to stay.

“Demand in the city’s lifestyle suburbs [is higher than ever] and we are seeing people moving to places like the bayside now,” she said. “The typically traditionally strong rental suburbs of Norman Park and Bulimba are still going through the roof in terms of both rentals and sales … but our most improved suburbs are Graceville and Indooroopilly, where people want to move into those school catchments.

“And that’s where we’ve had 0 per cent vacancy in our rent roll.

“But our best performing suburb has still got to be Bulimba,” Ms Crampton said. “It has continued to perform and we’ve had one of the lowest vacancy rates in that suburb for over nine months now.”

According to the Domain report, Bulimba is now the city’s most expensive suburb to rent a house after a 9.3 per cent annual hike sent weekly asking prices to $765.

Kenmore Hills came in at second place after prices rose 7.6 per cent to $710.

While the city’s blue-chip suburbs saw more subdued growth over the past year, it was the hunt for an affordable home close to amenities that sparked the price surge in Mount Ommaney, said Ray White Centenary letting manager Debbie Swales, with the suburb undergoing a coming-of-age off the back of a booming sales market.

“It’s certainly picked up a hell of a lot and when I get a good property – particularly a good family home now – people are desperate,” she said. “There are just too many people needing to rent and it’s mostly because house prices have gone up so much.

“Queensland is just really booming because there’s a lot of push from down south … but I think with Mount Ommaney, in particular, it’s a beautiful suburb and the rent is not astronomical compared to other suburbs. Then you’ve got the shopping centre, it’s really safe and there are the parks and the river.

“I’m now getting people ringing me from the Sunshine Coast and from even the north of Brisbane and they say they are moving here because it’s close to the city but also Ipswich – it’s just so accessible.”

It’s a sentiment shared by Ray White Holland Park department manager Kaitlyn Schneider, who said rents had jumped by up to $150 in the past six months alone as tenants moved further out from the city.

“I think we’ve got great access to the highway … and we’re still affordable and that’s bringing so many people to these places,” she said. “I would say Holland Park to Camp Hill and the pockets between [are on fire].”

The rental renaissance has swept across the city’s once-stigmatised Redcliffe region, said One Agency Redcliffe and Northlakes principal Stephan Siegfried, with prices soaring to record heights off the back of a pandemic-induced lifestyle shift.

“With COVID, people have rediscovered this area – and that happened particularly when we had distance restrictions [last year],” he said. “At one point Margate Beach was like Bondi – you couldn’t move and there were tents and people sunbathing. So Redcliffe has been discovered.

“People have realised this is a great place to be and we’re close to Brisbane. But the other thing that has happened [to push up prices] is the rental stock has been shrinking somewhat because landlords have cashed in on properties, and that’s shrunk the pool a bit.

“And now we’ve got people who have been priced out of the market and have to go further afield,” Mr Siegfried said. “In fact, we’ve seen a large jump in prices and that’s visible and there’s a social disturbance for long-term Redcliffe residents who have lived in affordable properties and are now finding that’s no longer the case.

“While for investors this is great – and I’m really excited because this is a coming of age for Redcliffe – about 12 days ago we had an elderly woman in our office who was in tears because she said she couldn’t afford to live here anymore. So there are two sides to the story.”

As for Brisbane’s cheapest suburb to rent a house, the report showed the outer pocket of Russell Island boasted a meagre weekly rent price of $300, despite prices rising by 15.4 per cent over the past year.

For units, Sandgate was the city’s most affordable suburb at $255 per week, with prices sliding a slight 1 per cent over the past 12 months.