Buyer FOMO is cause for compromise in a hot market 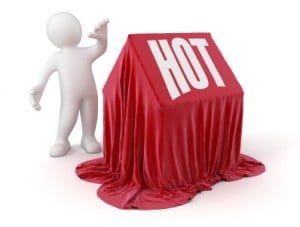 When lifestyle show presenters ask property-hunting hopefuls what compromises they’ll make, the usual response is: “None.” We know how that will end.

Compromise can be the key to successfully finding a home, and never more than in a buoyant market like Melbourne’s. Agents say strong prices and stiff competition have buyers considering properties they may previously have rejected.

“The reality is, they should remain an issue, but buyers don’t think like that. We are seeing a prevalence of buyers opting for compromised assets,” buyer’s advocate Cate Bakos of Cate Bakos Property says.

“There is a feeling of desperation and FOMO (fear of missing out) unfortunately in a heated market. People are looking at ways to get their purchase nailed. Instead of going for an uncompromised great asset, people look at assets that barely apply to their criteria and go for low-hanging fruit, easy to get and less competition.”

Elliot Gill, director and auctioneer at Jellis Craig Richmond, says his agency has seen strong interest in properties on main roads such as busy Punt Road. “I guess buyers don’t have the luxury of choice; they definitely have a look at properties they may not have considered in a market that was not so strong.”

But location is crucial, with some buyers compromising to be where they want. “If they love the house, they still want to buy it,” Gill says. “It’s a good time to sell main-road property in a stronger market. Anytime we are in a stronger market, buyers will overlook other things.” Gill says demand has not closed the price gap between compromised homes and those less so – on a main road versus around the corner, for example. His agency’s main-road listings are in good locations – for example, noisy Punt Road, but on prestigious Richmond Hill, opposite the MCG. The price differential could be $500,000.

“When it gets harder to buy, buyers will compromise a bit on where they buy and what they buy, so busier roads, compromised properties, near trains – all these things that buyers would not have compromised on. There’s more of the market that would consider it.”

Ponte says buyers will compromise on the property rather than the suburb. Properties that may previously have lingered on the market are selling well with good results. Such properties will still be discounted, bringing them within the budget of more buyers. “For example, selling on a main road, not 100 per cent of buyers in that price bracket will consider it. In this market, rather than appealing to half the market, it may be even more.”

Ponte says streets used as a detour or cut-through, sometimes with speed bumps, are an example. “We don’t get these objections from buyers; they don’t have those concerns in the buoyant market.”

Bakos puts the current discount at 5 to 10 per cent, compared to 10 to 20 per cent in a softer market, saying: “It’s a very forgiving time right now.”

But she worries some buyers may buy an asset that is hard to shift in future. “Clients look at main roads, industrial areas; they’re harder to get finance for. That’s not something you can improve on. You’re stuck with an asset, and because of its title type, you cannot move it on.”

Examples include company share apartments, titles with easements or restrictive covenants, near an electrical substation or in a noisy area, including opposite a school or childcare, or commercial zoning for apartments with shops below requiring a commercial loan and significant deposit, she says.

“There are some houses that have a bad orientation or floor plan and will take significant dollars to change.” If the buyer can wait to renovate to avoid overcapitalising, they can still be a good buy. But changed circumstances – a relationship breakdown requiring a quick sale, for example – can be an issue.

However, McGrath director Michael Chan, who spoke to Domain while fielding keen interest in a three-bedroom home directly opposite Pascoe Vale railway station, believes post-pandemic normal may mean properties that are hard to sell in a softer market may no longer be.

Chan’s recent sales include an art deco home in busy Bell Street, Pascoe Vale South, which he estimates sold at more than a $50,000 discount compared with a side street; Moonee Ponds apartments with shops downstairs; a home opposite the Melville Road, West Brunswick, tram terminus; and apartments in a distinctive orange Coburg building almost touching distance from the new skyrail. One sold sight-unseen to owner-occupiers during lockdown.

“There’s a bit of a change in traditional thinking,” Chan says. “A lot of people are appreciating space; they feel it’s convenient. It sort of mitigates some of the other stuff. Trains, trams, main roads, shops – previously people did not want to be right on these, but there is a demand for buying, and being close to, local.”

For some buyers, an escape to the country offers a solution to Melbourne’s rise prices, but even that can entail compromise, says Will Walton, principal director of Belle Property Daylesford.

Buyers who assume they can turn on the tap and have mains water, flick a switch for electricity from the grid and fire up the stove with town gas can face a shock. Instead, they can find tank water that might run out, solar panels and bottled gas.

Bakos says it’s a challenging time for buyer’s advocates. Her golden rule is, a compromise is a deal breaker if it can’t be moved – such as location. “It’s the John West principal – it’s the fish that we reject that make it the best. If that means going into a bridesmaid suburb for an A-grade property, rather than a B-grade property in a bride suburb, so be it.”