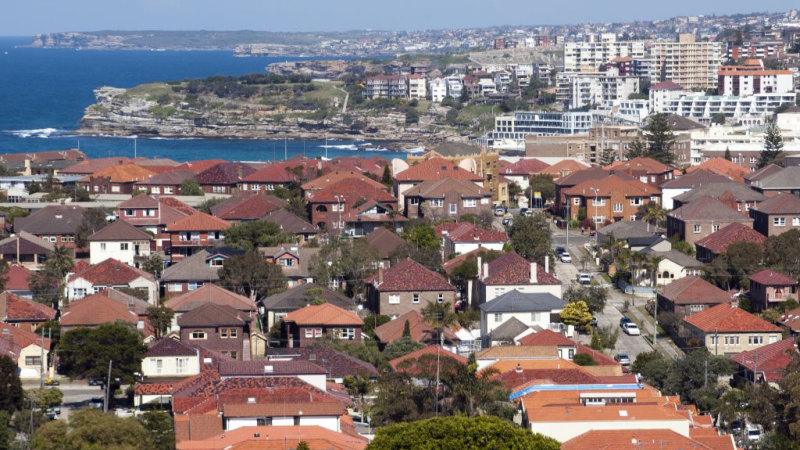 New listings of properties for sale across Australia have jumped to their highest level in seven years, giving buyers more options and soothing some of the property buying frenzy.

November marked the peak of the spring selling season this year, with the latest PropTrack Listings Report showing new listings on realestate.com.au rose 12.1% to the highest level since 2014.

“Property market activity continued to soar in November as sellers made up for lost time after lockdowns,” PropTrack economist Angus Moore said.

New listings in the capital cities rose 12.5% in November to reach their highest level in a decade, while regional areas had an 11.3% rise to a five-year high.

Mr Moore said it was a strong result for November, with this year’s peak pushed back by the delayed start to the spring selling season due to COVID-19 lockdowns in Australia’s two biggest cities and Canberra.

He said the very tight competition buyers had faced should start to ease thanks to the new supply coming to the market.

“We’re seeing more options for buyers to choose from and the urgency for buyers is maybe starting to ease a little.

According to PropTrack economists, there are early signs the extreme seller’s market is starting to slowly shift towards more balanced conditions as an increased supply of new listings gives buyers more choice.

Mr Moore said selling conditions are still strong, although property markets will be quieter during December and January as buyers and sellers pause for the Christmas and New Year break.

“However, we may see a busier December than typical as activity spills later into the year because of the lockdown-delayed start to the spring selling season,” he said.

Mr Moore expected the strong market conditions to continue early next year, with buyer demand to remain high but not at October’s record levels.

“When we were coming out of lockdown we had a lot of pent-up buyer demand facing into a really limited stock of properties for sale,” he said.

“That’s going to ease a little in the new year.

“Selling conditions are likely to stay strong but may start to soften a little from the dominant levels we’ve seen in recent months.”

Mr Raine expected the Christmas/New Year slowdown to be very brief this year.

“I think this is going to kick off in the first week of January again,” he said.

“There will be a higher volume of listings next year which will test the market, but the market’s so resilient and the buyer pool is significant, so it will certainly slow things down but nothing to be worried about.”

While many economists expect property price growth to slow in 2022 and dip in 2023, Mr Raine expected the boom conditions to continue for some time due to low interest rates.

“There’s definitely going to be a long tail to this boom – two to three years at least,” he said.

“The crazy conditions have eased a little bit and compromised properties aren’t all selling.

“On a quality property you still have to fight for it.”

Ms Bakos said with FOMO no longer at full throttle, buyers were being more discerning about properties compromised by factors such as location, a busy road or bad floorplan.

“There is still FOMO but most buyers who are active in this market have missed out on less options or less negotiations. Their chances of success have increased.”

Ms Bakos said the heat of the buyer interest in property had come out, with people were also thinking about more than property now that lockdowns had ended and heading into Christmas.

“We’ve also got buyer fatigue. If someone feels like they’ve been searching all year and it’s been fruitless, they’re really tired of it now and they’re just saying ‘we’ll leave it for now and come back next year’.

“The buyer pool is a little bit shallower and a little bit easier for buyers to navigate, so I’d recommend to anyone don’t give up now, keep fighting all the way to Christmas Eve because the conditions are probably the best they’ve been.”

New listings rose to multi-year highs in nearly all capital cities in November, giving buyers across the capital cities access to the biggest stock of properties available for sale this year.

“This is welcome respite for buyers, who have been faced with few listings and tight competition throughout the year while lockdowns limited property market activity,” Mr Moore said.

Hobart recorded the biggest surge in new listings in November with a 42.4% gain, reaching the highest level since the pandemic began.

“New listings will be a welcome relief for Tasmanian buyers, who have been facing limited listings for some time,” Mr Moore said.

New listings in Canberra gained 22.1%, the third straight month of substantial increases as sellers hit the market after lockdowns.

New listings rose 11.2% to a record level in Melbourne, as its property market continued to make up for lost time after lockdowns.

Sydney had an 8% increase, reaching the highest level since 2015 and capping off four straight months of strong growth.

New listings in Darwin were broadly flat in November (up 0.4%), but Mr Moore said conditions for buyers remained much better than in 2020.

Despite the surge in new listings in November, the overall stock of properties for sale remained low compared to pre-pandemic levels.

“The long periods of restricted activity and lockdowns, coupled with high levels of buyer demand, mean that the total stock of properties available for sale is low compared to previous years,” Mr Moore said.

The wave of new listings drove a 6.9% lift in total listings nationally in November, the third straight month of increases.

Overall listings were up by 9.0% in the capital cities and 4.1% in regional areas.

Mr Moore said total listings nationally remained 20% lower than pre-pandemic levels and were down nearly 40% in regional areas, with the ability to work from home driving strong demand for regional properties.

“We’ve seen the number of properties that are available on the market decline and there hasn’t been a response in terms of people leaving regional areas and selling up, or building new houses in regional areas, to compensate for that increase in demand,” Mr Moore said.