Extended settlements, leasebacks on the rise as it takes longer to find a home 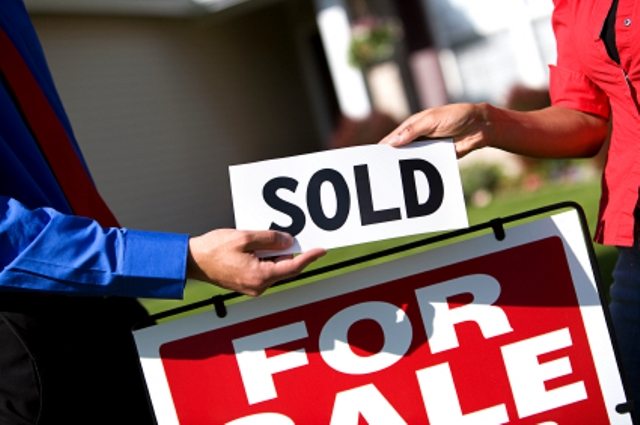 A growing number of sellers are striking deals to rent back their property or extend settlement periods, fearing they will be unable to find another home in time in the competitive market.

Strong demand for the limited supply of properties for sale, combined with delays caused by lockdown restrictions and low rental vacancy rates, have buyers and sellers scrambling for more time to avoid being left without a home, agents report.

Extended settlement periods, leaseback arrangments ranging from two weeks to six months and other creative clauses once limited to the top-end of the market have become more widespread, particularly in the in-demand sea and tree-change locations, as a result.

“There’s more alteration of the terms and conditions than ever before,” said Josh Fitzgerald, principal of McGrath Orange, in central west NSW.

“A standard contract is usually 35 to 42 days, but at the moment, we’re seeing anything from three to six months. Other people are asking for a leaseback, and it’s becoming one of those things we have to negotiate more,” he said.

Alterations to contracts were being pushed by buyers and vendors concerned about lining up their purchase and sale in a short time window, Mr Fitzgerald said.

The limited supply of homes for sale and the increasing difficulty of finding a rental as a go-between — with rental vacancy rates in Orange at less than 1 per cent for more than a year now — were driving changes, as were lockdown restrictions and the end of the school year, with parents particularly reluctant to move if a child was set to sit the HSC soon, he said. Low stock levels on the NSW south coast had buyers and sellers fearful of being left without a home if their timing was off, said buyer’s agent Matt Knight, director of Precium. Extended settlements and leaseback options were increasingly being done to get sales across the line in markets where both properties for sale and rent were in short supply.

“We have had a couple of scenarios [in which] people have listed properties for sale, and vendors appear to have had a moment of panic when exchanging contracts. They’ve realised they don’t have a property to move into and aren’t confident they will find something in the timeframe,” he said.

Instead of six weeks, settlements were stretching out to 12, with the occasional request for a six-month settlement, Mr Knight said. It had become more common in all markets where the stock was tight, but particularly in Wollongong and further south in Vincentia. Those staying locally were concerned about low stock, while those moving interstate were wary of border restrictions.

Mr Knight had arranged extended settlements, leaseback arrangements and even helped one vendor find a new property to move to secure sales in recent months. He hoped the pressure on buyers and sellers would ease as lockdown ended and that stock levels would increase and give people more confidence to transact.

“The last backstop people have arrived at if they’ve nowhere to go is to move in with family,” he added.

Victorian buyer’s advocate Cate Bakos, from Cate Bakos Property, said sellers and buyers in Melbourne and regional Victoria had been getting creative with leaseback arrangements and longer settlements to create a buffer. Some were then requesting to bring dates forward if not needed, while others had been left begging for more time.

“It’s happening at all price points and locations. This hot market and COVID conditions have really given rise to a lot of creativity,” she said, noting vendors were dealing with limited stock levels but also lockdown restrictions that caused delays for things like organising removalists and ending tenancies.

“A buyer who is thinking on their feet might offer leaseback as an incentive if they know it will make decisions easier. I’m certainly doing it a lot in my day-to-day dealings when I’m not getting traction on offers, perhaps where vendors are nervous about becoming homeless.”

Ms Bakos had also seen leaseback deals for garages and storage spaces or, alternatively, agreements that give buyers early access to such spaces. She had also helped clients get into properties earlier, particularly for vacant holiday homes in coastal and regional locations, securing one couple a month’s free rent before they officially owned a property.

In Sydney, buyer’s agent Lloyd Edge, managing director of Aus Property Professionals, had also seen more requests for extended settlements of up to six months, particularly among those looking to leave Sydney behind. He’d also seen the reverse, with buyer clients prepared to accept shorter settlements – sought by vendors who’d bought elsewhere – able to purchase at a slightly lower price.

“Usually [you’d only see this] when buying more expensive properties, but now we’re seeing it at the cheaper price points as well.”

Up in Noosa, Kirstie Klein-Hunter, director of Klein Hunter Property Buyers, has seen a similar trend.

“The norm in Queensland is [a settlement period of] 30 days, or used to be, but there are very few settlements that I’m doing at that length now,” she said. “Generally [people are asking for] between 45 and 60 days, and we’re doing a lot of rent backs, especially if the seller hasn’t got somewhere to go.”

Ms Klein-Hunter said such options were crucial for getting cautious home owners to sell, particularly with the downsizer market. Interstate buyers had also been pushing for extended settlements while borders remained closed.