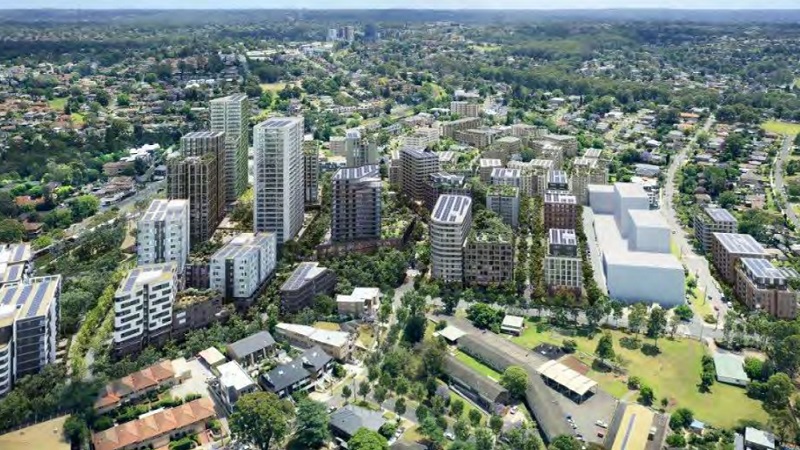 Frasers Property plans to build 4700 apartments near Parramatta, submitting a masterplan for a $1.8-billion Telopea project.

A mix of 70 per cent private and 30 per cent social housing would be built as part of the state government’s Communities Plus program, reflecting the current mix of housing in the area.

Stage 1a of the project will have five buildings up to 22 storeys, creating 1400 apartments in part of the core precinct near the Telopea Rail Station.

The entire project would have three precincts and include a new retail precinct, childcare facility, library, community centre and a combined church and residential aged care facility as well as open space.

The application, created by Urbis, states that the mix-use development would be created over a 15- to 20-year period.

“The proposal is consistent with the strategic policy framework delivering a range of housing types and sizes to meet the needs of different households,” the application states.

Sydney was already one of the most expensive cities in the world before the pandemic and prices have increased 20.9 per cent in the past year, hitting a median price of $1,293,450 for houses and $825,514 for units, according to Corelogic.

Plus Architecture has designed stage one of the Telopea development and said it reflected the character of the suburb with a shared brick base.

“The Sydney blue gum forest and textures of the eucalyptus trees are brought into the proposed built form to establish harmony between nature and built environment,” the design statement said.

“The proposal creates a variety of architectural expression across the five … buildings.

“While the buildings share some of the materials, they are all unique and different while being part of a family with a shared base and ground plane.”

Frasers have a number of large-scale projects in progress including a $2.5-billion tech central project with Dexus and the $2.2-billion Ivanhoe Estate in Macquarie Park.