Home owners gain up to $180,000 in six months while savers lose money: Canstar 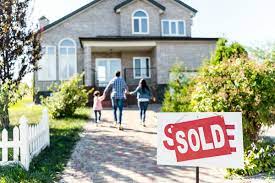 Home owners who bought property six months ago are up to $180,000 better off than if they had invested their savings in the stock market or a term deposit, new analysis reveals.

The same 20 per cent deposit invested in a six-month term deposit at the highest interest rate at the time of 0.99 per cent would have earned just $2203 in comparison – a difference of $179,162 over six months.

Alternatively, if the same amount was invested in the Australian stock market, the shares would have grown 10.02 per cent in the six month period, earning $22,298. It was a similar story in Melbourne, where a home owner who invested in a house with a 20 per deposit of $171,819 based on the median price of $859,097 back in March would have seen a 10 per cent rise of $85,910 by September.

If the same amount was placed in a term deposit, savers would have earned just $1701 in comparison – a difference of $84,209 over the six-month period.

Melbourne savers would have been better rewarded if they invested their 20 per cent deposit in the stock market over that six month period, which would have grown in value by $17,21.

“The comparison highlights the depth to which term deposit interest rates have fallen, but also the strength of the property market,” said Steve Mickenbecker, Canstar’s finance expert.

“Housing and term deposits are chalk and cheese when it comes to investing surplus savings. Both can form part of an investment portfolio but they perform different functions.”

He said putting savings towards a house purchase had vastly outperformed term deposit interests over the past six months, with each one having its benefits and downsides.

“Term deposits are low risk, with a government guarantee for a total up to $250,000 with any one bank, while house prices can fall,” he said.

“In real terms, it’s a loss. The inflation rate is almost 1 per cent higher. It means even if you reinvest the interest … you still go backwards in purchasing power terms.”

“Housing as an investment lacks the flexibility of cash in the bank. You can’t cash in $30,000 of the house to cover living expenses, and the sale of the property can become protracted.

The main reason property prices had continued to rise was low interest rates, said Commonwealth Bank head of Australian economics Gareth Aird. He said it benefited home owners but left b behind first-home buyers trying to crack the property market.

“It means people are willing to pay more for a home, basically explaining why you have growth in property price growth more than term deposits,” Mr Aird said. “The growth in the past six months has been incredible and you can’t keep replicating that.

“You’re creating an environment where people are going into riskier assets in order to get a return.”

He said there were definitely winners and losers, with home owners and investors gaining the most out of the price growth of the past six months.

“Without a doubt, the losers in all of this are aspiring home owners. Literally every month a would-be buyer who hasn’t bought is falling further behind or getting a lesser quality dwelling.

“By leaving your money in the bank … the interest rate on a term deposit is lower than inflation, so you’re not getting any real return on your money.”