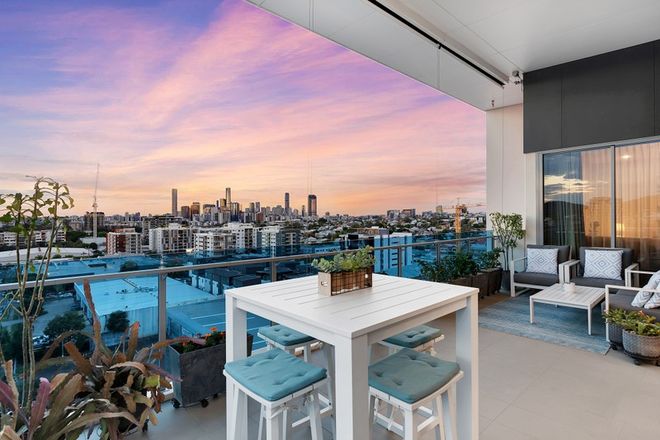 Brisbane buyers are splashing more cash on properties in key school zones, with new Domain data revealing house prices in some primary and secondary catchments soared by 46 per cent in the last year.

“In the top 10 school catchments, there’s a variety of different price points but let’s be honest, it does not matter what price-point you’re purchasing at, you place a priority on education because we all want our kids to go to the best school,” Dr Powell said.

“And because we have seen a shift as remote working becomes a normality, some families are going to be moving to outer suburbs,” Dr Powell said.

“Others are also being pushed further and further away from our city centres because what they are seeking is affordability.”

Despite the trend, the perennially popular West End State School catchment topped the list after annual house prices jumped by 41.7 per cent from $935,000 – this time last year – to an eye-watering $1.325 million.

It’s a figure that doesn’t surprise Ray White West End principal Luke O’Kelly, who said half the home hunters he met each week were buying there simply for the schools.

“In terms of buying into catchments, I think it’s very high in any decision-making process [for families], and both West End State School and Brisbane State High School compete with the best of the private schools. So, I 100 per cent think that some buyers here, instead of investing $20,000 a year in private schools, prefer to invest in a good market with guaranteed capital growth over time as well as a great education,” Mr O’Kelly said.

“And the market has picked up significantly since January.”

Elders Shailer Park agent Luke Van Wijk said the suburb’s prime position between the Gold Coast and Brisbane, alongside affordable prices for spacious blocks, was now luring hundreds of families to the postcode with an abundance of schools fuelling the buyer surge.

“It’s also the quality of life out here … and then you do get families that want to live near the schools,” Mr Wijk said.

“In fact, a lot of buyers are coming from Sunnybank because they have been priced out of there, and they can get more bang for their buck here … and it’s very leafy with walking paths and tracks everywhere.”

Mr Wijk sold a five-bedroom family home at Park View Crescent – within the Shailer Park State School catchment – to parents of two Katherine and Mitchell Hill in late August last year after the couple stumbled across the “hidden gem” while seeking affordable family homes close to great amenities and schools.

“We moved down from Rochedale, and we realised just 10 minutes down the highway we could potentially get a block that was 1000 square metres-plus for a lot less … and we didn’t even know it existed,” Mrs Hill said.

“When we intercepted this property, we inspected it mid-week, and there were already five offers after the first open home. We happened to be the second-highest offer, so we missed out, and we were devastated. But then the highest offer fell through.”

And that, Mrs Jean Hill said, was before the widespread housing boom had struck.

“And with schools, we’re spoiled for choice … then there’s the lifestyle. It’s a really quiet suburb, and we back onto the state forest … and we’re a two-minute drive away from the school (where her oldest son Hendrix (4) will attend next year).”

According to the Domain report, the highest-ranked secondary school zone was Kilcoy Park State School in Kilcoy, where prices skyrocketed by 36.6 per cent in 12 months from $448,750.

Closer to the city, Oakleigh State School catchment at Ashgrove was ranked 10th after a 31.5 per cent price hike helped houses join the million-dollar median club, at $1,117,500.