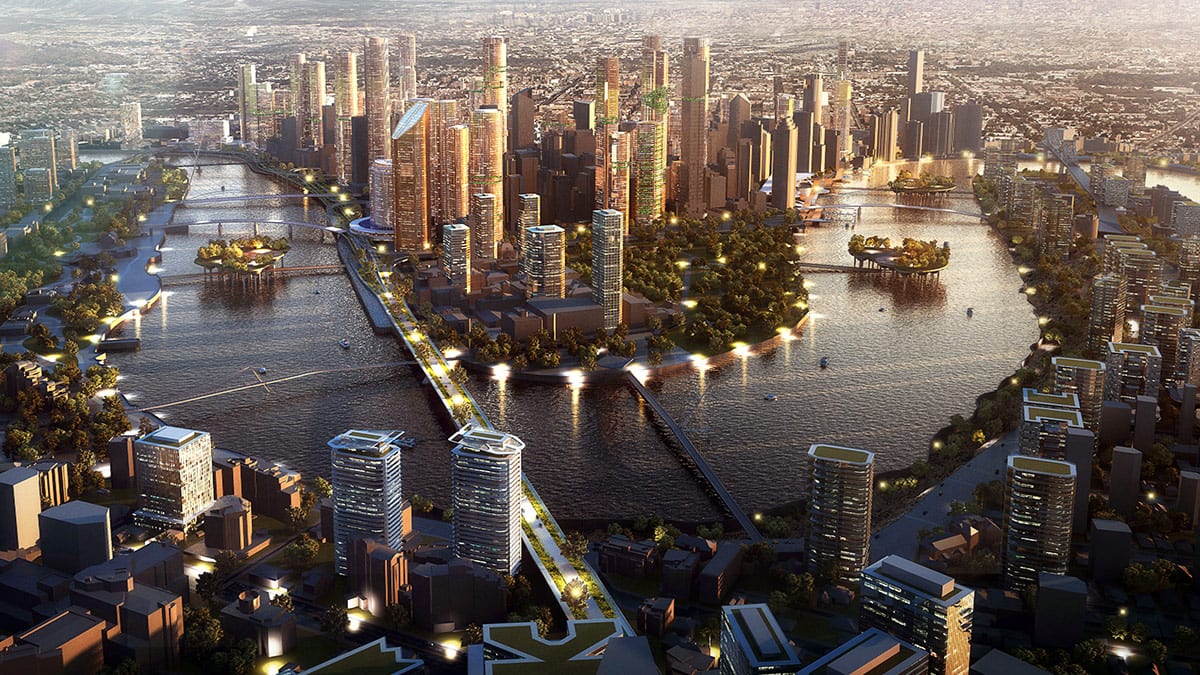 Houses in Brisbane’s inner-eastern suburbs have sprinted past the million-dollar mark for the first time after a record-breaking year of growth that saw median prices skyrocket by almost $300,000.

Fuelled by a buyer sentiment that “east means prestige”, the growing desire for suburbs with a “village feel” and soaring interstate migration, the median house price in hot spots such as Norman Park, Bulimba and Hawthorne collectively hit an unprecedented $1.2 million after rising a whopping 33.3 per cent, according to the latest Domain House Price report.

While the popular pocket claimed the gong for highest price growth in Brisbane over the past year, Norman Park won the individual gold medal for top-performing suburb after the median house price rose an incredible 35.6 per cent in the 12 months until June to reach $1.18 million.

The suburb was one of 11 to climb beyond the $1 million median, the new data shows, including Yeronga, Graceville and Indooroopilly, where house prices rose by more than 23 per cent to join the seven-figure property club.

In second place for the city’s top-performing suburb was leafy inner-northern Wilston, where the median house price climbed by 30 per cent to $1.3 million. Claiming the bronze was New Farm, where house prices rose by 28.4 per cent to an eyewatering median of $1.99 million, and which could see Brisbane’s priciest pocket roar past $2 million in a matter of months.

Despite houses in the city’s inner ring leading the price growth, units in Redcliffe bucked the apartment sector’s largely sluggish growth after prices jumped more than $100,000 (or 27.8 per cent) to a median of $469,500.

At the other end of the spectrum, the median unit price in Murarrie took a dive of 16.3 per cent to $502,500, while for houses, the city’s worst-performing suburb was Flinders View, where the median price fell by 10 per cent to $410,000.

Domain chief of research and economics, Nicola Powell, said that, across the city, heightened buyer demand had resulted in the number of houses advertised for sale hitting a multi-year low – a factor she said was instrumental in driving up prices.

“This has resulted in all Brisbane regions reaching record house prices, apart from the more affordable areas of Ipswich and Logan-Beaudesert. It suggests that upgrading home owners are fuelling house prices, as well as interstate and expat buyers moving from more expensive cities,” Dr Powell said.

While tight stock levels played a positive role in the city’s top-performing patches, lead agent at Place Estate Agents Bulimba, Shane Hicks, said in the city’s inner east, the price hike was largely spurred by the village atmosphere of almost every suburb, with locals, interstate buyers and even international home hunters happy to splash cash on a piece of paradise close to the CBD.

“With those interstate buyers, even the perception that it’s eastern suburbs impacts why they buy here. ‘Eastern suburbs’ means something to Sydney and even Melbourne buyers … There’s a sense of prestige that comes with it,” Mr Hicks said.

“But generally, it’s the boring normal stuff that people like [about the inner east], and that’s great transport, easy access to the Sunshine Coast, excellent schools and massive amounts of parklands.”

“Since then, the level of inquiry has been running at about double … and at the open homes, the numbers are huge,” Mr Hicks said.

“Our November and December were record-breaking months, and it’s been gaining momentum since then.

“But stock levels are 25 per cent below the five-year averages, and that’s partly because mums and dads are nervous about listing [for fear of not finding somewhere to buy], but that’s also because there’s no old stock.”

Mr Hicks said while all the inner-eastern suburbs were currently on fire, he named Camp Hill as a star performer thanks to its relative affordability and sheer liveability.

The suburb clocked up a 21.8 per cent price growth in the past year, according to the Domain report, sending median house prices just beyond $1 million for the first time.

“Bulimba is still going as strong as ever [as well] because people fall in love with the village atmosphere, and it has higher amounts of interstate and overseas buyers than any other surrounding suburbs because of this,” he said.

Ray White New Farm agent Nicholas Given said while houses in the city’s eternally top-performing suburbs, such as New Farm, were thriving thanks to their brand recognition, location and liveability, buyers were also cottoning on to suburbs slightly off the beaten path that were cheaper but still charming. This was sparking an almost tectonic shift.

“Brisbane is changing as a city, and all the suburbs that surround the CBD have stepped up,” Mr Given said.

“New Farm’s popular for lots of reasons, such as its proximity to the CBD, its eclectic mix of people and great real estate – but other suburbs such as Wilston and Wavell Heights and Windsor [are skyrocketing]. These are suburbs that 20 years you wouldn’t have really spoken about, but you’re getting big sales there, which shows Brisbane, as a whole, is changing.

“It’s not a small little country town anymore … but what still differentiates Brisbane from Sydney and Melbourne is the price tag – it’s much more affordable in terms of value.”

But while the capital will soon be on the international stage thanks to a successful 2032 Olympic bid, Mr Given said it was suburbs with a community feel that were performing best.

“We are seeing a lot of downsizers moving to Redcliffe because of the affordability but also the lifestyle,” Mr Campbell said.

“You’ve got the waterfront right there; you’ve got all your cafes … and a lot of my clients buy in complexes where they don’t even need a car.”

Mr Campbell said the demand was particularly visible in top apartment buildings where 12 months ago the two-bedroom units fetched $600,000, but we’re now being priced from $700,000.