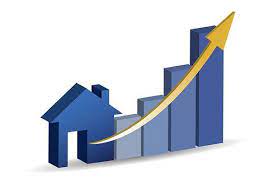 House prices are likely to keep rising irrespective of any negative shocks the economy endures due to COVID lockdowns, economists say, as rock bottom interest rates continue to drive buyers to spend up big on property.

Less than three months ago, the big banks were predicting interest rates – and mortgage repayments – could rise sooner than expected and independent of the Reserve Bank’s forecast.

Most lenders were increasing the rates for longer fixed-term loans, and it was expected they would be increased further still.

It triggered warnings from mortgage brokers on the consequences of any subsequent rate rises, who cautioned desperate buyers against taking on massive debts just to get into a frenzied market.

But the Delta variant outbreak and its ensuing hard and protracted lockdowns in Australia’s two largest capital cities has forced economists to put those interest rate rise predictions on ice.

That means super cheap finance – and people’s capacity to borrow lots of money – is here for a while yet, as the Reserve Bank reaffirmed in its latest meeting minutes on Tuesday.

Commonwealth Bank head of Australian economics Gareth Aird said as long as interest rates remained this low, property prices would keep rising, despite the large negative shock the economy is going through.

“What’s happening because of COVID is interest rates are at rock bottom. That feeds buying,” he said.

“There’s still that dynamic of low interest rates supporting people’s confidence to transact and that influences people’s decision on how much they borrow,” he said. “Also, the FOMO thing is still at work, and that further pushes up prices itself.”

And with people able to borrow more, they are spending more to get a bigger home, which in turn keeps driving prices higher, he said.

“There’s an expectation that working from home will be a normal thing and you’ll spend more time in the home, and therefore you want more room or a nicer place, so you’re willing to spend more,” he said.

Mr Aird said that, while it seemed counterintuitive, it was likely prices would only stop rising – or even fall – once the economy recovered.

“By and large, it comes down to the interest rate cycle. What has enabled people to borrow more is rates going down, but they won’t go lower, so that’s not going to change. We’re basically at the end of that process now, so there’s going to be a natural end point to all of this.

“In a kind of strange twist of fate, we could find it’s the strength of the economy that is behind home prices falling.”

His comments come after strong bidding at auctions last weekend, with Sydney recording a buoyant preliminary clearance rate of 83.7 per cent and agents attributing the buyer demand to low interest rates and the high likelihood of low rates for a couple of years yet.

Even in Melbourne, where buyers could not physically inspect the properties during the campaign until Saturday morning, the preliminary clearance rate was 66.7 per cent. A clearance rate of 70 per cent corresponds broadly to 10 per cent annual price growth.

Property prices that have already soared in the pandemic could rise another 15 per cent or so if borrowing stays cheap between now and 2024, AMP Capital chief economist Shane Oliver said.

For example, another 4 per cent by the end of this year, another 7 per cent in 2022, and 5 per cent the year after, before the interest rate rise.

“It’s crazy,” Dr Oliver said. “Originally, I was hoping the pandemic would provide a bit of relief in the sense that it would keep buyers cautious, and the lack of immigrants would take pressure off home-buying demand because underlying property demand would be less.”

Instead, he said buyers have remained enthusiastic because of low interest rates and the prospect of a vaccine-led reopening.

“The earlier talk of interest rate hikes has been replaced by lower interest rates for longer, and that’s providing some comfort to buyers,” he said.

“Price gains have remained pretty solid, and we have effectively seen a disconnect [with the broader economic situation].

“Maybe buyers are thinking ‘we know what happened last time we had a lockdown; when it ended, prices took off … so I might as well get in now.’”

Prices are at “eye-watering” levels, in the traditional sense of the word, for those who already own a home, but “eye-watering in the sense of tears for those that are trying to get into the property market”, he said.

Even with the RBA on hold, RateCity research director Sally Tindall said long-term fixed mortgage rates were starting to rise before the Delta outbreak, with four and five-year fixed products rising across the board and several three-year products also rising amid expectations of an early cash rate hike.

But with the central bank pouring cold water on that idea, shorter-term products that end pre-2024 are starting to offer even better deals to borrowers.

“Before Delta, we did see two-year fixed rates go up,” Ms Tindall said.

“That has been reversed in the last month or so; we’re seeing more cuts to two-year than hikes.

“We have seen a flood of lenders cut their variable rate. Twenty-three lenders have cut at least the variable rate in the last month, and just one lender has hiked a variable rate.”

She said that lower rates were pushing up property prices, and the fear of missing out was driving high clearance rates at auction.

“For anyone worried about the idea of rising rates, it does affect their mindset when it comes to an auction. You’ve got to look beyond this. You’ve got to factor in a decent buffer of 2 per cent or more into these [repayment] calculations because rates will rise,” Ms Tindall said.