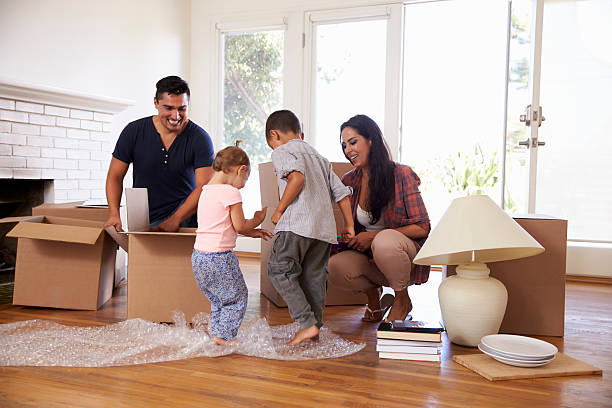 While immigration is not the only factor influencing house prices, it adds to the already strong demand for housing.

Economists say about one extra home is required for every three migrants.

If Australia’s annual immigration intake lifts, beyond federal budget forecasts, to reach about 250,000 people in 2023, that would turn predictions of house price falls into price gains.

Dr Oliver says much will depend on how high the annual immigration intake is, as well as other variables such as interest rates and the possibility of further restrictions on borrowing.

But if the scenario of 250,000 migrants by 2023 eventuates – and given recent calls from political leaders for a “Big Australia” driven by immigration, that’s entirely possible — he says house prices would jump about 5 per cent by 2023 and rents would lift about 7 per cent.

Economists including Dr Oliver and the property industry have been once again calling on governments to increase housing stock to keep up with rising demand.

But is that enough to keep the lid on house prices?

Migrants help grow the economy but also compete for homes

For those who migrated pre-COVID, building more housing seems a worthwhile option.

Poornima Balasubramanian made the move from Singapore to Melbourne with her husband Harish and daughter Adwitiya almost four years ago.

She came on a temporary student visa but is now working as a kindergarten teacher.

She is in the final stages of becoming a permanent resident and is looking to move away from renting to homeownership.

But buying a home in Glen Waverley, in the eastern suburbs of Melbourne where they currently rent, is proving tricky.

“I’m so close to just quitting, but I know I’ve got to find some sort of solution because we, we just can’t look at renting for the rest of our lives.”

In Sydney’s hot housing market, former migrant now Australian citizen, Sid Lal, has looked at hundreds of properties but is also struggling to find one.

“We are having to extend our budget significantly because you know what was available a year ago at the price point has now gone up by, I would say, easily 20 per cent,” he says.

Like most migrants who come here to work or study, he also rented for the first four years. Now Sid wants to buy a permanent home.

“We’re very aware of the fact that migration’s going to open back up,” he says.

“And once that opens up, with a new wave of migrants coming in, there’s going to be a new wave of money, and property prices are probably going to increase even further.”

COVID saw a regional move, but most still want to live in inner-city

BIS Oxford Economics chief economist Sarah Hunter says while COVID has caused peoples preferences about where they live to slightly shift, with some opting for regional locations, demand for housing in the inner-city areas of Melbourne and Sydney remains high.

She and other economists worry that once migrants return demand in those areas, as well as other major capital cities, may outweigh supply.

A federal inquiry is currently looking at the issue of housing affordability and is considering options like building more homes and fast-tracking development approvals.

One of the ways to keep prices within the reach of Australians would be to build more properties, but the Reserve Bank has said it’s not the panacea to greater affordability.

Nevertheless, while the Reserve Bank argues the supply of homes has kept up with population growth, it does note that finding land in inner-city areas where most people want to live is still a challenge.

Dr Hunter says that off the back of population growth, the cost of renting will increase by 2023, and that will feed into higher house prices.

“We’ll be well down into single-digit growth, I think, by the time we get into next year and into 23, as opposed to this sort of 20-plus per cent price increases on a year ago that we’re currently seeing,” she says.

The Urban Taskforce, which represents property developers, supports calls by some politicians for a higher migrant intake.

Its chief executive Tom Forrest says migrants will help Australia’s post-COVID recovery, but that the policy needs to be supported by changes to the planning system that will also enable housing supply to meet that level.

“Every treasurer will tell you that the major stimulus for economic growth — the way that you get taxation receipts up, and therefore you’re able to pay for the costs of health care for the ageing demographic — … is through increasing migration,” he says.

“They’ve got to both return immigration, but also have their planning systems deliver more planning approvals to allow the private sector to go and deliver more houses, so we don’t get a rapid escalation in housing prices and rental prices going forward.”

Dr Oliver agrees: “To solve this problem of poor affordability we need more supply,” he says.

“Yes, supply has kept up with demand over the last few years, but that was after a decade of undersupply relative to demand,” he says.

“And all we’ve really done is perhaps get back close to balance.”

Ms Balasubramanian wants the country to embrace migrants but also support any moves that would make housing more affordable.

But she also dreads a future with more competition for housing.

“We’re just not able to figure out where we’re going to get the funds for [a new home],” she says.

“We’re sort of stuck in like a dead-end road. And we’re just hoping that some path is going to open up.”

That’s a hope others share, as the great Australian dream of homeownership gets further out of reach for many.