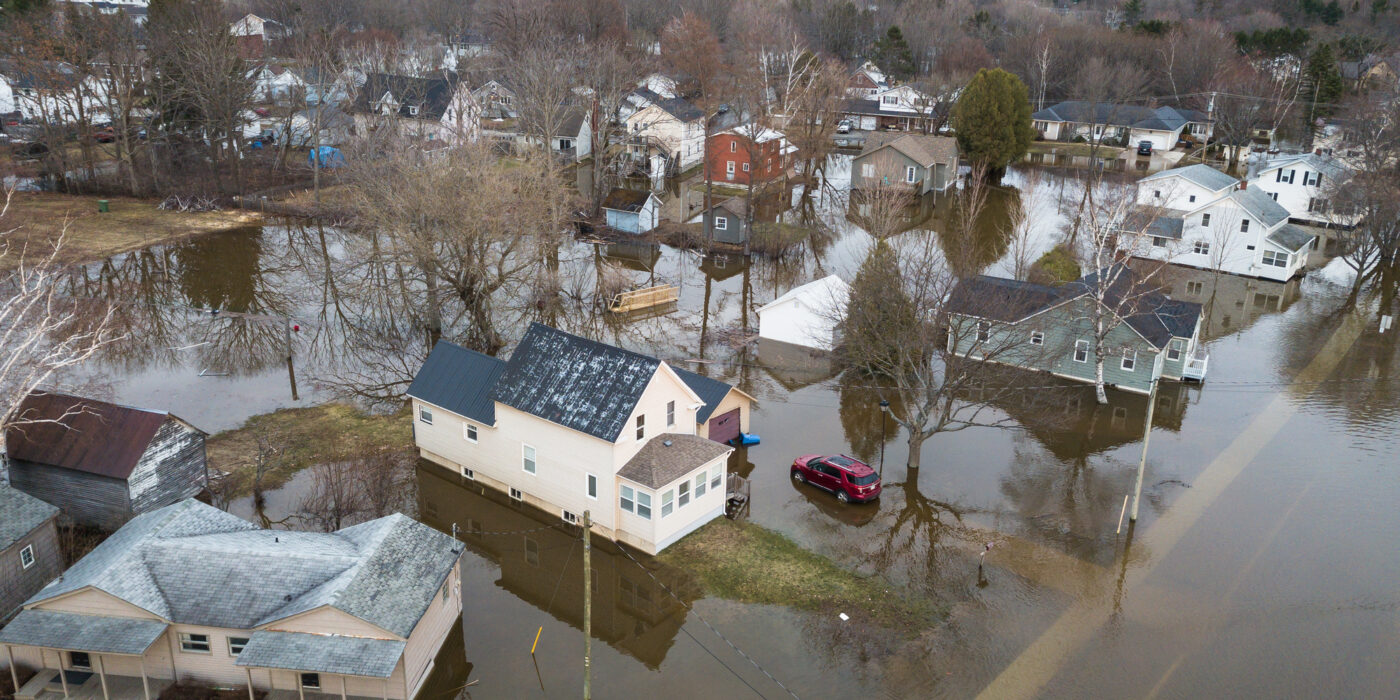 Property prices have skyrocketed across South East Queensland and Northern NSW over the past year, but those coveted regions have also been the worst hit by recent flooding. Thousands of homes have been lost, either temporarily or permanently, and many areas will have to rebuild from the ground up.

These extreme weather events have been increasing in frequency, however property experts believe it will take more than rain to dampen buyer demand.

The calm between two storms

In 2011, Brisbane experienced what was reported as a one-in-a-lifetime flood destroying or at least damaging hundreds of homes in the city and surrounding regions. In February, it happened again. Greater Lismore suffered through one of the most devastating floods in living memory back in 2017, however the city and larger region has just seen a repeat disaster.

In the wake of such natural disasters, CoreLogic’s head of research Australia Eliza Owen has looked into how current flooding will impact property values, rents and the availability of dwellings.

“Following the Brisbane floods in 2011, the city’s dwelling values sustained a decline from January 2011 to January 2012, which bottomed out at -6.1 per cent.

“This decline kicked into recovery mode off the back of several cash rate reductions from November 2011. However, it was not until March 2014 that the dwelling market fully recovered the value recorded in December 2010,” she said.

Ms Owen added that between Brisbane’s floods, there had been a number of factors affecting property prices, thus making it difficult to point the finger at Mother Nature.

“Brisbane dwelling values were already trending lower from mid-2010. This decline was triggered by a tightening in monetary policy amid a resources boom, and Australia’s recovery from the GFC.”

Perhaps one of the biggest differences between the market in 2011 and 2022 is the length of time between these devastating extreme weather events.

In 2011, major flooding had not affected the region since 1974, and flooding of this nature was considered a ‘once in a 100-year event.’

Just five years ago, when Lismore experienced its last major flood, median dwelling prices in the LGA were $325,747, but by the time the floods hit again — and after a post-pandemic rush to the regions — that figure was up 67.2 per cent to $645,252.

“Looking at Lismore dwelling values from 2017, dwelling value appreciation had been relatively subdued between mid-2017 and mid-2020, particularly in the unit segment. However, values never actually dropped below their March 2017 levels, and were sitting significantly higher as of March 2022 due to a pick up in value growth over the past year and a half,” Ms Owen explained.

She added that between 2017 to 2020 Lismore’s home values had also been marked by a large downturn in Australia’s housing market, due to temporary changes to bank lending conditions, making it hard to separate out the impact of past flooding.

The floods seem unlikely to dampen demand according to Ms Owen, considering that supply is at extreme lows.

“I don’t think extreme weather events historically have been enough to drive a correction in the housing market, especially seeing as extreme weather events reduce the amount of housing stock, and may actually put upward pressure on parts of tree / sea change markets that aren’t prone to flooding. It would be a different story for individual properties in highly prone areas, where higher insurance premiums would be factored into the value.” Even prior to the recent floods, the Northern Rivers region had a shortfall of 2300 homes. This week, the NSW government confirmed that after 4200 damage impact assessments had been carried out in the region, 2195 homes and businesses had been deemed uninhabitable. Marty Sadlier, director at MCG Quantity Surveyors, said floods and storms would likely trigger a wave of underinsurance that could end up costing homeowners thousands, or hundreds of thousands, of dollars.

“Recent weather has wreaked havoc on a huge number of property owners, but things could get even worse as many come to realise how woefully underinsured they are. The tragedy is that we predicted this very thing months ago – and it was entirely preventable.”

Mr Sadlier said he had highlighted the looming crisis in June 2021 as a confluence of factors saw post-pandemic building costs skyrocket.

“Prior to the pandemic, insurance council numbers suggested 83 per cent of owners were already underinsured. We now believe the percentage is far higher – in fact, I’d be surprised if it wasn’t closer to 100 per cent of owners at risk right now.”

How will flooding impact demand?

Whether it’s Brisbane and South East Queensland, or the Northern Rivers, these repeated events — and the shorter times between them — will naturally impact buyer attitudes to purchasing in these markets, create greater demand in markets with low flood risk and result in higher insurance premiums.

Dr Diaswati Mardiasmo, chief economist at PRD Real Estate, said such events could present opportunities for buyers who are prepared to enter a purchase at their own risk.

“More often than not, after a flood event, buyers and investors become more aware of risks and hesitate to purchase in the area. This allows buyers who have been hunting for a property over a long period of time to enter the market, with the knowledge that they may need to pay for a higher insurance premium,” she said.

“In a market where supply is low, particularly in certain areas that would normally have high liveability, the risk of flood damage can often be mitigated.”

Ms Owen said there are a number of factors that could impact demand.

“The first is that extreme weather events are becoming more frequent, so that may be factored into purchasing decisions and turn people off. We are likely coming into a tighter credit environment which would potentially trigger a decline in dwelling values anyway, as new borrowers are able to take out less money.”

And after South East Queensland and northern NSW saw unprecedented numbers of domestic migration sparked by the global health crisis, Ms Owen said a natural disaster could have some city escapees carefully reconsidering their plans, or change direction.

“I think only for those areas that have been consistently inundated by natural disaster. For those who had been considering a move to regional Australia, or South East Queensland, this may give them pause.

“But there are also popular tree change and sea change markets, like the Blue Mountains, Newcastle, parts of Tasmania, where temperate climate, high elevation and fewer incidence of extreme weather events, will still be in high demand over the long run.”