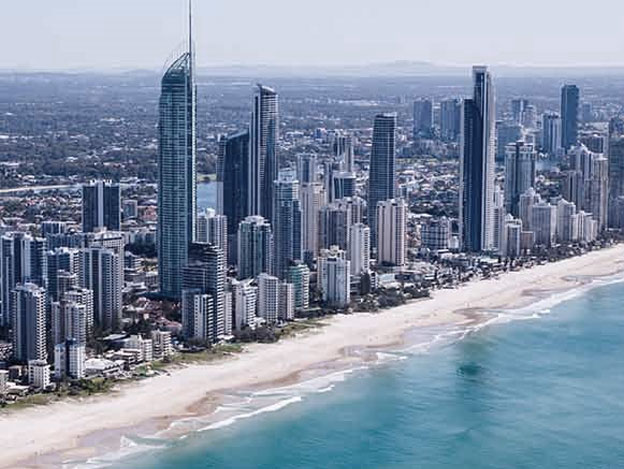 Demand for Queensland share houses has soared with dozens of prospective flatmates competing for each single room being advertised.

And desperate room-hunters are going to extreme lengths to get noticed, as the cost of traditional rental properties soar and vacancy rates hit record lows.

Exclusive new data from Flatmates.com.au shows the demand for single rooms in Greater Brisbane increased 234 per cent between April 2020 and today – up from 2.3 people per room to 7.7 people now.

In Brisbane City, there is a ratio of 42 room-seekers for every room, according to the data.

Across Queensland as a whole, there is an average of nine people looking at each available room.

Flatmates.com.au community manager Claudia Conley said the “extraordinary demand” versus low supply levels showed just how hard it is to find a single room in a share house in the southeast corner.

“Miami has a ratio of 52 people looking for each room available, while Burleigh has 31 seekers and Broadbeach has an astounding 137 seekers for each room.

“Along with this lack of supply, we’re seeing a large increase in weekly rental prices for rooms in share houses.” The data shows that the weekly rent for a room in a Southport share house has soared 25 per cent in the past year, while in Brisbane’s Kelvin Grove, it has increased by an average of 15 per cent.

Demand for rooms in share houses outside of the southeast corner is also strong – Cairns (9:1), Townsville (6:1) and Sunshine Coast (6.1:1).

It comes as desperate renters are turning to social media for help to find a roof – any roof – to put over their heads, as the Sunshine State’s vacancy rates slipped to record lows.

Comparing April 2019 to April 2022, Flatmates users in Queensland have increased by 4 per cent, making them our second biggest audience after NSW and surpassing Victoria,” Ms Conley said.

“Queensland members now make up 25 per cent of our audience.

“The market in Queensland is really competitive and share house seekers are doing everything they can to help stand out from the crowd.”

Members are doing everything from spruiking where they work and what ‘work perks’ they can bring to their new abodes, from discounted tech products to baked goods, free movie tickets and more.

“We’re also seeing members create fun videos of themselves to help boost their applications and give potential flatmates a better feel for who they are,” Ms Conley said.

“Members can upgrade their profile to help their application stand out, in Queensland, we’ve seen this feature increase 40 per cent over the last three years.”

Real Estate Institute of Queensland CEO Antonia Mercorella warned that the vacancy rate was unlikely to show any significant improvements this year.

“It is tough just about everywhere,” she said.