It was the first test of the property market since the election. Did it pass? 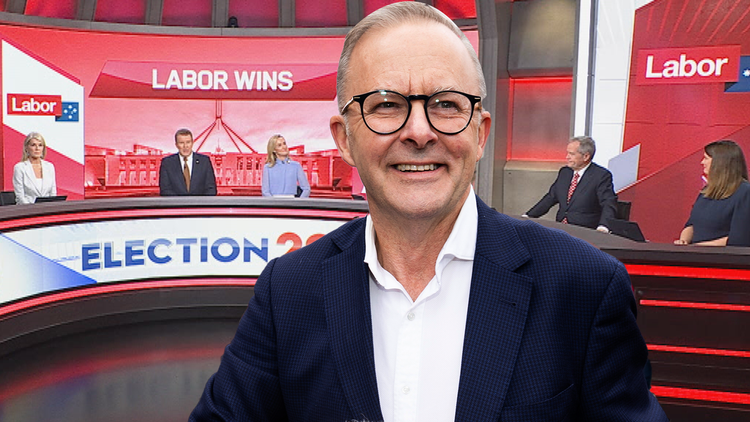 Thousands of homes went under the hammer on the first Saturday since the election, making it the second-busiest auction weekend of the year.

A total of 605 properties sold in Melbourne and 400 transacted across Sydney, leading to a preliminary national auction clearance rate of 63.7 per cent – the highest since April.

But while the numbers speak to a slightly more lively market now the political uncertainty is over, rising interest rate fears were still talking to the prospect of a slowdown.

“It’s not the same heat [as before] – people felt that if they wanted to buy, they could borrow money for almost nothing, but now they are becoming more selective,” Melbourne buyers’ agent Emma Bloom, of Morrell and Koren, said.

That sentiment was shared by Kay & Burton Hawthorn agent and auctioneer Scott Patterson, who secured the top auction sale price in Melbourne on Saturday for a five-bedroom Edwardian house at 31 Rubens Grove, Canterbury.

A local family forked out $4.25 million for the home in Melbourne’s golden mile. Bidding kicked off at $3.9 million, in front of a large crowd.

“That auction went well today and we had three bidders … but the market in general is patchy and people are gravitating towards good property in good locations, and in particular to anything that is renovated, because everyone is concerned about construction costs,” Mr Patterson said.

“We’ve also had so many distractions in our market with the election, then interest rate rises and the war in Ukraine, and then the general cost of living.”

“This year, more than ever, a lot of people are travelling overseas, so I think we’ll find a subdued market. But because there’s a lack of properties it should hold values up. A lot of people are focusing on selling in September.”

Over at 503/69 Victoria Street, Fitzroy, a chic two-level, two-bedroom apartment with city views fetched $1.01 million under the hammer – some $90,000 over the reserve.

Selling agent Scott McElroy, of Belle Property Carlton, said an online bidder from country Victoria battled it out against a local buyer in an auction that proved good stock still garners good results.

“On Saturday I was expecting stability more than anything, because we had a messy election and then there were talks of interest rate rises, and I think a lot of people used it as an excuse not to make a decision,” McElroy said.

“But we did see a bounce back in inquiry on Saturday. I think over the next four weeks we will see where we are in the market.”

Sydney saw a slightly more subdued preliminary clearance rate of 62.8 per cent and a median house sale price of a strong $1.74 million.

Auctioneer Stu Benson, of Benson Auctions, said despite some great results, many buyers continued to be spooked by predictions interest rates will rise.

“But I haven’t seen reserves this reasonable for the past couple of years … so my genuine hand-on-heart advice to buyers now is that these sorts of lulls don’t come around often, so take advantage of it,” he said.

Of the 12 auctions Benson had slated for Saturday, he said eight went ahead, two sold prior and six were snapped up under the hammer, including a four-bedroom brick home at 10 Wildrose Street, Kellyville, which drew a large crowd with almost “150 people spewing out onto the street”.

“We had a guiding price of around the $1.9 to $2 million mark throughout the campaign, and we had seven registered bidders, but we ended up with eight after a lady in the crowd yelled out a bid … It was totally an impulse. She didn’t end up buying it but in terms of the crowd it was great. It sold for $2.233 million,” Benson said.

“For a lot of people, this home needed too much work, but it’s one spot back from Coogee Beach and none of the apartments in that area have parking, so this one was rare,” selling agent Cristian De Nigris, of Ray White Eastern Beaches, said.

“It was a bit of a time capsule, that one. We had four active bidders and they were almost entirely first home buyers. Bidding started at $1.1 million, which was the reserve, and that’s because it was a deceased estate.

“But I’m definitely finding buyers are more patient now and given talk of a rate rise there’s a lot of people were quite reserved pre-election. I’m finding that now that the election is over, buyers are more keen to pull the trigger.” Brisbane’s clearance rate reached a softer 55 per cent, compared with 64 per cent at the same time last year. A total of 44 homes sold for a median house price of $1.225 million. A modern five-bedder at 6A Agars Street, Paddington, securing the top sale price at $4.2 million.

On the other side of the Brisbane River, 2 Taylor St, Balmoral collected $1.92 million after locals and a couple from the UK raised their paddles.

“The seller was an investor living in Sydney who felt it was the right time to move on,” Ray White Bulimba’s Scott Bould said.

“At the start of the month we were seeing buyers hitting the pause button to wait for the results of the election, but now it’s over they are out in force.

“Interest rate rises aren’t affecting the market from what we’re seeing. There still appears to be a lot of confidence in our area and the Brisbane market as a whole.”