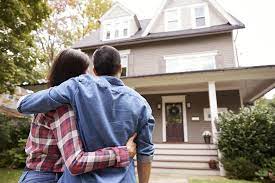 A surge in new properties for sale so far this year is giving homebuyers more choice and taking some of the heat out of the strong seller’s market.

January and February marked the busiest start to the year for new listings in Australia’s capital cities since 2014, in terms of the number of properties newly advertised for sale on realestate.com.au.

PropTrack economist Angus Moore said the record levels of new supply coming to market in the final months of 2021 and the busy start to 2022 had helped give buyers more choice.

Mr Moore said the latest PropTrack Listings Report showed there was now a little less urgency for buyers and the conditions were not as competitive as late last year, when there was limited stock on the market and very high demand.

“We’re still in a seller’s market but conditions are probably starting to ease a little,” he said.

“As more stock’s come to market buyers have a little bit more choice and properties are not selling quite as quickly, so there’s not as much pressure as there was last year.”

Mr Moore said selling conditions are likely to remain strong during the typically busier autumn selling season, but may start to slow later in the year.

“While selling conditions look set to remain strong, we are likely to see some tempering from the dominant levels experienced in late 2021.”

“Interest rates look likely to rise later this year or early next year, which may start to cool buyer appetite,” he added.

Buyer’s agent and CEO of propertybuyer.com.au Rich Harvey said buyers are being cautiously optimistic as the volume of listings rise.

“The buying frenzy has gone away,” Mr Harvey said.

“We’re seeing a more normalised market with listing volumes increasing and we’ll start to see a more balanced market as we go forward.”

Busy start to the year for new listings

New listings of properties for sale in capital cities surged by 27.8% in February compared to January.

Mr Moore noted the strong start to 2022 followed a very busy spring selling season, which was delayed by COVID lockdowns in key markets.

He said there were also people who had decided to upgrade after accumulating substantial equity in their homes following two years of significant price rises.

“Many of them now have quite a sizeable cushion of equity. That means that they are looking to upgrade sooner than they might have otherwise been planning to, so we’re seeing some sellers come to market with the intent of upgrading.”

Most capital cities recorded double-digit monthly increases in new listings, with the exception of Perth’s 7.8% rise.

Mr Moore said Canberra’s property market had its fastest start to a year on record across January and February, while Melbourne had its busiest start in a decade.

Mr Harvey said the Melbourne market did not appear to be slowing down, as activity continued to bounce back after lockdowns.

“I think that market is going to be more in the buyer’s favour – it’s a good opportunity to get something at a more affordable price now.”

New listings in Sydney surged by 37.3%, which Mr Moore said continued the brisk start to the year for the city’s property market after a busy spring.

Mr Harvey described the Sydney market as warm, rather than white hot like in 2021.

“The buyers now have a little bit more of a luxury of choice, which is great, and I’m starting to see it become a more normalised market where you’re going to have more even buyer demand and seller volumes.

Buyers also had more options in other capital cities with new listings increasing by 27.2% in Darwin in February, 20.6% in Hobart, 17.4% in Brisbane and 16.7% in Adelaide.

Biggest rise in overall stock for sale since COVID

The rise in new listings helped lift the total stock of properties listed for sale around the country by 11.3%, the largest monthly increase nationally since the pandemic began.

Mr Moore said the lift in new listings and a slight rise in the time properties were taking to sell, compared to last year, helped lift the overall stock of properties.

“Nonetheless, available stock for sale remains constrained after long periods of restricted market activity over the past year due to COVID-19 lockdowns and high levels of buyer demand.”

Mr Moore said that was particularly the case regionally where the total stock available for sale remained more than 40% below pre-pandemic levels, as well as in Brisbane (down 38%) and Adelaide (down 36.7%).

Mr Moore said while total listings remain low in regional areas, they rose by 6.3% in February – one of the first months of meaningful increases in stock available for sale regionally since the pandemic began.

“We’ve seen the total stock of listings in regional areas decline, particularly over the pandemic, because we haven’t seen a lot of stock coming to market and there’s been a lot of demand. So, when something does come up regionally it’s selling very quickly.”