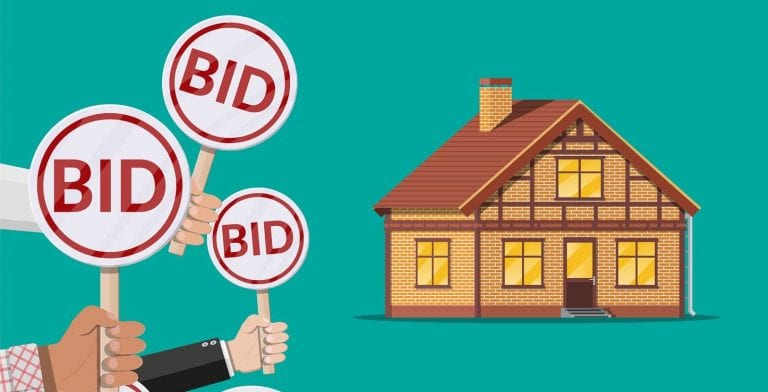 Australians continued to buy property under the hammer at record prices during August, despite protracted lockdowns in its two biggest capital city markets, with Sydney’s auction median reaching a whopping $1.92 million and Melbourne’s $1.19 million.

The latest Domain Auction Report found that Sydney, Brisbane, and Canberra recorded the highest clearance rates for the month of August since Domain records began.

While Sydney and Melbourne’s median auction prices for houses soared to record highs, they were up elsewhere too, nearing records in Brisbane ($990,000), Canberra ($1 million) and Adelaide ($729,000).

Domain chief of research and economics Nicola Powell, said the strength of capital city auction markets across the nation showcased unusually strong competition and demand over the final month of winter.

“It’s phenomenal. For some buyers, lockdowns aren’t deterring,” she said.

“The fact is, lockdowns or not, some people still need to buy; they could be in between houses, they could have missed out earlier in the year, and now they’re ploughing ahead and making a strong offer.”

Sydney’s strong clearance rate had largely been supported by having fewer homes on the market but a high level of demand from buyers.

But the impact of Melbourne’s ban on one-on-one inspections has taken a toll. The median auction price is up, but the withdrawal rate has doubled in a month, and the clearance rate has plummeted to 52.5 per cent.

Dr Powell said Melbourne’s median auction price increased only because there was not enough stock on the market to satisfy demand. Most people in Melbourne, she said, would hold off selling until in-person inspections were allowed again.

Melbourne’s ban on in-person inspections is expected to end on September 19, when Victoria is projected to have 70 per cent of its eligible population vaccinated with at least one dose.

“That, in itself, is great news for the market,” Dr Powell said. “It gives so much clarity for buyers and sellers and means sellers are postponing rather than withdrawing. Before that date, they were withdrawing because there was no end in sight.”

Ray White Victoria and Tasmania chief executive Stephen Dullens described buyer demand during August as “frenzied”, despite the majority of the month being in lockdown.

“Our clearance rate in lockdown is 91.5 per cent. There is so much buyer inquiry at the moment, but stock is not getting listed and not going on the market,” he said.

“Anything that’s available or launched; there’s just so much interest.  We’ve never had more registered bidders per auction than we do now.”

Mr Dullens gave the example of a house in Werribee that launched with a guide of $500,000 to $550,000 the night the latest lockdown was announced: “We had so much interest that on day 11 they auctioned the property online and it sold for $700,000. None of those seven active bidders had ever set foot on the property. We’re hearing more and more of those stories.

“People in Melbourne are just getting on with it.”

Fletchers Canterbury director and auctioneer Tim Heavyside said while it had been a comparatively quiet month for auctions in Melbourne, prices were still going up.

“Without question, prices are going up. But a lot of it is about how many properties are on the market, and there’s not enough to satisfy demand. I would say that we’re likely to have a glut of properties come onto the market in October, November, and December. And grab hold of your hat because it’s going to be very, very busy,” he said.

In Brisbane, Place Estate Agents chief auctioneer Peter Burgin said auctions had well and truly cemented their place in the property market in 2021.

“The market is exceeding vendor expectations. Every week you go into another bunch of auctions and say, is this the week the market is going to give us a bit of a black eye – but no, bang, it’s back on. People are going with fairly aggressive bids and bidding competitively.”

“There are so many powerful forces working in the Brisbane market. Brisbane as a city is a very desirable place to live. The locals are getting that – there’s more and more interest in our market. I think we’ve got every right to see that Brisbane’s future is bright.”