New listings in Sydney drop by 20 per cent, but supply ‘obliterated’ in some pockets 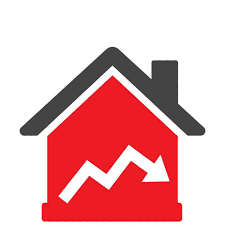 The number of homes hitting the property market has plummeted in pockets of Sydney, with the supply of new homes for sale ‘obliterated’ by the city’s ongoing lockdown.

While new listing volumes have taken a mild hit in some areas of the city, they have dropped by up to 70 to 80 per cent in local government areas facing tougher restrictions, agents report.

Overall, the number of homes put on the market across Greater Sydney over the four weeks to August 1 was down 19.9 per cent, from the previous four-week period,  but new listings held steady week-on-week.

The pullback in new listings over the four-week period was greater for houses (21.1 per cent) than apartments (17.9 per cent), and total stock levels were also down – 14.7 per cent for houses and 9.7 per cent for units month-on-month.

Strong buyer demand and property price growth in the lead up to Sydney’s second city-wide lockdown, combined with familiarity with online auctions and one-on-one inspections, had given buyers and sellers greater confidence to trade this time around, said Nicola Powell, chief of research and economics at Domain.

“When we first saw the pandemic hit the impact on the market was sharp and instant. We’re not going to see that reaction every time,” she said. “We’ve become used to [lockdown], we’ve seen ways of selling in it.” She added the pullback in activity in what was meant to be a bumper winter could result in strong activity when lockdown ends, and an extraordinary spring selling season. The drop in homes for sale comes amid ongoing uncertainty as to whether agents can even conduct in-person property appraisals across Sydney under the health orders, or arrange for homes to be photographed and styled to prepare them for sale or lease.

The Real Estate Institute of NSW (REINSW) had been advising members not to conduct such activities under previous health orders, but understands appraisals, photography, styling and visits to map floor plans can now go ahead in the Greater Sydney area since new orders were announced on the weekend.

It is still seeking clarification on whether such activities can occur in the eight council areas facing tougher restrictions. Domain has also contacted NSW Health for comment.

Listings are down dramatically in the city’s west, said Doug Driscoll, chief executive of Starr Partners, which has offices spread across Western Sydney. While a lack of clarity on restrictions was not helping listing volumes, many homeowners simply did not want to sell amid lockdown.

“We have been hit harder than most as a group because we have prominent offices in seven of the eight local government areas with tougher restrictions,” he said. “It’s almost impossible … to sell a house in those [areas] right now.

“New listings have pulled back about 90 per cent in the stricter areas … and other [offices] are down about 70 per cent. Our current inventory is getting us through, but our pipelines are being obliterated.”

While some vendors were still listing, believing it was a good time to sell as they faced little competition, most wanted to wait until the spring, Mr Driscoll said. He expected the market to go gangbusters once lockdown lifted.

Selling agent Matt Hayson, director of Cobden and Hayson, said new listings at the group’s Marrickville office – which also covers sales in the neighbouring Canterbury Bankstown council area – had been massively affected, and could be down almost 80 per cent. However, volumes at other inner-west offices were only down about 15 per cent.

“It feels almost business as usual in other areas,” he said, but noted more buyers were looking to strike off-market deals, while others had simply chosen to put their plans on hold until spring.

Listing numbers were typically tight in winter, but had been further tightened by the lockdown, Mr Hayson said, leaving buyers frustrated at the lack of stock and creating strong competition.

“Our listings coming to market are lower, but our volume of sales is higher than last year,” he said.

It was a similar story on the northern beaches, where Cunninghams Real Estate has had its biggest July ever.

New listings were down, but properties were selling faster, said managing director John Cunningham, and a growing number of vendors were looking to sell off-market.

“We’ve found quite consistent listings throughout the past month, even in the weeks we couldn’t do appraisals,” he said. “We did quite a lot of virtual appraisals, and listed two properties … from that and subsequently sold them.”

However, he expected new listing volumes to diminish further the longer lockdown went on and noted the pause on construction and ongoing restrictions had also had an impact, as about 90 per cent of their vendors made upgrades to their homes before selling.