Rent shock: The 16 Qld locations where prices are tipped to soar 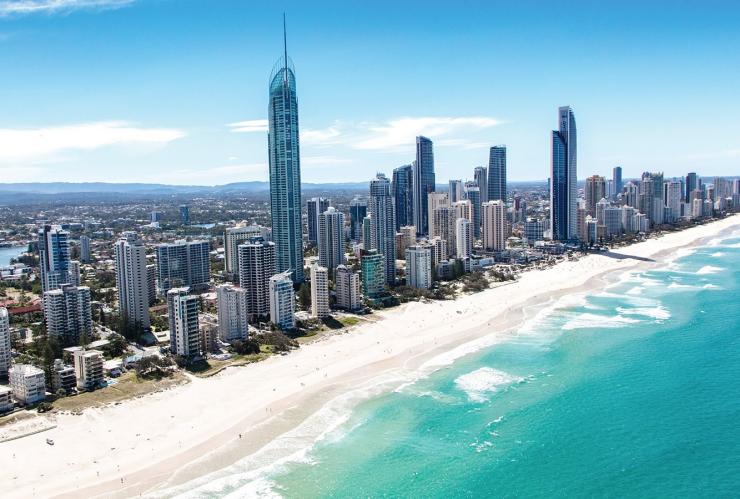 RENTS across a huge swathe of Queensland are tipped to rise by at least $5000 this year, as record low vacancy rates and fierce competition drives up prices.

A new report by Propertyology has identified 59 locations across Australia where total annual advertised rents are expected to rise by $5000 or more this year, and 16 of those are in the red-hot Sunshine State.

Other locations tipped for rental price hikes include places like Ballina, Coffs Harbour, Geelong, Kingscliff and Newcastle, to name a few.

“Securing rental accommodation across regional Australia is akin to seagulls fighting over a chip,” the report by Propertyology managing director and buyers agent Simon Pressley said.

Low vacancy rates are also tipped to add $5000-plus a year to household budgets in Brisbane, with the state capital, alongside Adelaide, Canberra and Perth, poised to join Hobart, where the vacancy rate is just 0.3 per cent and the advertised price to rent a 3-bedroom house has already increased by $8300 over the last five years.

Significant rises in advertised rents over the past five years have already been recorded in many Queensland locations, with total annual rents up by more than $8000 a year in places like the Gold Coast, Mackay and Hervey Bay, according to Propertyology.

The report comes after the Real Estate Institute of Queensland (REIQ) recently revealed that vacancy rates across Queensland remained at record lows, with just 10 of the 50 local government areas having a vacancy rate north of 1 per cent.

Only one had a vacancy rate considered in the “healthy range” – Inner Brisbane, an area dominated by units.

“Queensland needs additional housing supply to ease these tight conditions and accommodate the masses relocating to the state – and this supply simply can’t come soon enough,” she said.

But the Propertyology report shows that for those lucky enough to even land a vacant property in the current market, the price of having one could soon be out of reach for many.

And it all comes down to a severe lack of stock.

“For perspective, the total national population increased by 1.5 million over the last five years so one would expect a significant increase in the total volume of dwellings advertised for rent over that period,” Mr Pressley said.

The numbers were “significantly more horrifying” when Sydney and Melbourne were excluded, according to the report.

“This situation did not occur overnight,” Mr Pressley said, adding that the crisis would only get worse as overseas migration restarted.

“Getting credit approved has been harder, investors have been whacked with an interest rate loading, state governments have introduced new legislation taking fundamental asset controls away from the away from the asset owner, and city councils keep jacking up rates,” he said.

“There’s only so much juice in the orange.

“Property managers all over Australia continually tell us that lots of landlords are selling out of the market because they’ve had a gutful of new legislation introduced by state governments.”

And that sentiment was backed up by investors after the record low vacancy rate was revealed last month, with many saying they had already sold up or were in the process of doing so.

“Landlords have now lost control of their properties, and I, along with many others, have left the rental market,” one reader said.

Another added: “Sadly this is what happens when governments continue to impose more and more costs and stupid rules on owners while at the same time massively increase (sic) rates and other charges. Like so many other owners I can take a hint and I’m getting out too.”

And many of those properties are being snapped up by owner-occupiers, many from interstate, according to local agents.

“Rental properties don’t grow on trees,” Mr Pressley said. “If governments can’t afford to fund them, who will?”