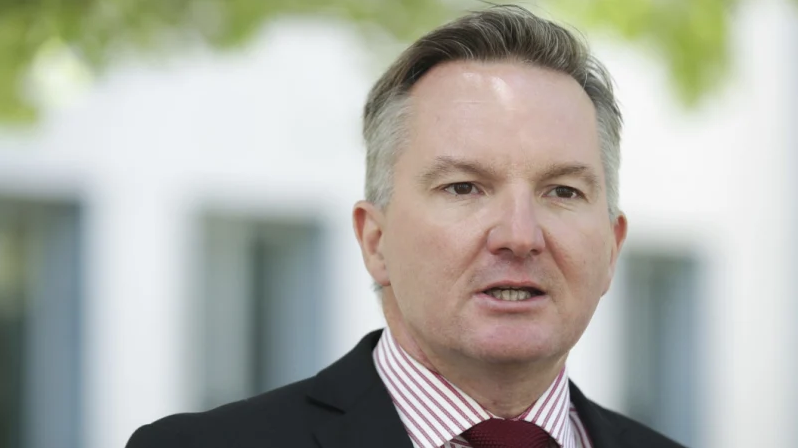 Labor will axe the Morrison government’s program that allows first home buyers to access their superannuation, vowing to follow through with a key recommendation from the Financial Services Inquiry to use super solely to look after Australians in retirement.

With new figures showing the First Home Super Saver Scheme is attracting a small fraction of new entrants into the property market, shadow treasurer Chris Bowen has confirmed Labor will phase out the scheme while also legislating an objective for super.

The scheme, which enables first time buyers to access extra savings put into their superannuation account, was introduced in the 2017 budget by then treasurer Scott Morrison. He argued it would help young people accelerate their savngs to buy into markets in which prices were growing at double-digit rates.

Between the start of the program on July 1 last year and the end of January this year, 2374 people have made requests to access their super under the program. That equates to fewer than 4 per cent of all first home buyers to have been granted a home loan over the past 7 months.

Since people have been able to access their super, the actual number of first home buyers has fallen by 10 per cent.

In Queensland, loans to first time buyers have dropped a quarter while in Victoria they have edged down by 11 per cent

A quarter of those to have used the scheme withdrew money in its first month of operation.

Labor voted against the scheme when it was created by the Coalition government, and Mr Bowen says that if elected the ALP would phase it out.

He said current users of the scheme, originally predicted to cost the government $250 million over four years, would not be affected.

“It was always a fig leaf to cover up their failure to properly deal with housing affordability,” he said.

Mr Bowen said Labor would also return to a recommendation from the Financial Services Inquiry, that reported to the government in 2014, to legislate an objective for superannuation.

The report recommended that superannuation’s primary objective be set as to “provide income in retirement to substitute or supplement the age pension”. Mr Morrison and then financial services minister Kelly O’Dwyer agreed to the recommendation and promised to have it in place by the end of 2016.

The bill was introduced into the upper house in November 2016 and the Senate’s economics committee endorsed the proposal, albeit with a dissenting report from the ALP, in February the following year.

Three months later, the government unveiled its first home buyers scheme, which is at odds with the Murray recommendation.

Since then there has been no debate on the objective. While technically on the Senate notice paper for future debate, it is one of just four bills from 2016 that the government has failed to bring on for debate.

This week, Treasurer Josh Frydenberg said the government continued to back the Murray inquiry recommendations, including setting out an objective for superannuation.

“The bill is in the Senate,” he said.

“The government continues to work with all parties to secure its passage through the Senate.”

Mr Bowen said Labor would work with stakeholders in the super sector to agree upon an objective against which any future policies on superannuation could be judged.

“We’ve been open to setting this objective since it was recommended and we intend to legislate an objective,” he said.

The current inquiry by the House economics committee into Labor’s franking credits policy has revealed many individuals believe superannuation is more than just for retirement.

Several individuals have told the committee that Labor’s policy will force them to use their superannuation savings, reducing the amount of “left-over” super they will have to pass on as an inheritance to their children.

“One of the great reasons that people save in Australia and go without things throughout their lives is that they want to be able to pass some of their wealth on to their children, and that is an incentive for saving,” he said earlier this month.