The Brisbane suburbs with the fastest-growing house prices 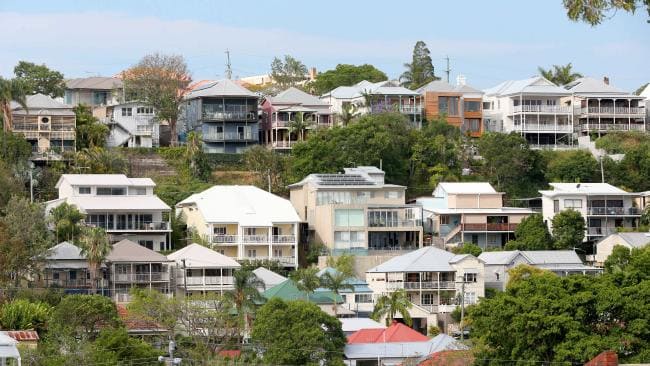 Brisbane’s housing market finished 2021 in a blaze of glory and now new data has revealed the suburb that topped the list of star performers last year: Woodridge.

The latest Domain House Price Report found the humble Logan suburb, located about 19 kilometres south of Brisbane’s CBD, saw its median house price rise by a massive 57.5 per cent to $315,000 over the 12 months to December.

Some of Brisbane’s other star performers included Indooroopilly, East Brisbane, Everton Hills, Stafford, Carindale and Red Hill, but they were just a few of many: 40 suburbs in Greater Brisbane recorded house price growth of more than 30 per cent last year.

Greater Brisbane’s house prices rose at their fastest pace in almost 18 years last year and the river city’s median is now poised to pass the $800,000 mark – if it hasn’t already, said Domain chief of research and economics Nicola Powell.

“In Brisbane, buyer demand is still very high,” Dr Powell said. “Supply was 41 per cent below the five-year average for December, one of the deepest declines of all the capital cities.

“Since the pandemic, Brisbane has seen a net gain of people choosing to live there. That changes the housing market.”

In Woodridge, last year’s frenzied buying was driven by that lack of housing stock for sale as well as the suburb’s very affordable price point, said Teza Fruzande of Ray White Logan City.

“About a year ago we had a lot of owner-occupiers trying to get into the market because it was the most affordable. There wasn’t enough stock available – much like everywhere in Brisbane – and there was massive competition, which then pushed prices up,” Mr Fruzande said.

“Once we got those premium prices, that’s when investors jumped in, and for the last six months, they’ve gone really hard. I would say that not much ever sells in the threes anymore – more like the early $400,00s.”

Mr Fruzande said those buyers who took their chance on Woodridge last year were now reaping the rewards, with a number of them already selling and banking profits in excess of $100,000.

House prices in Indooroopilly, in Brisbane’s leafy western suburbs, rose by 48.9 per cent over 2021 to a new median of $1.4 million. Alex Jordan of McGrath Paddington said the suburb’s extraordinary growth had mainly been driven by strong prices in a small but tightly held part of the area known as Long Pocket.

“The Long Pocket area around the golf course, known as the ‘golden triangle’, is in huge demand,” he said.

“I’ve got buyers who have budgets of $10 million to $15 million and they want to buy in Long Pocket but there’s nothing available. There’s a huge appetite for this area from high-net-worth individuals.”

“I wouldn’t even say East Brisbane is booming – it’s just catching up to the other suburbs. I think it’s got another 20 per cent left in it yet … the growth has happened in the past 12 months but especially even just the past three months,” he said.

East Brisbane, about three kilometres from the CBD, had long been passed over for suburbs further out, like Norman Park, Bulimba and Coorparoo, he said, and its house prices lagged as a result.

“East Brisbane has always been a tail-dragger. It probably isn’t as family-friendly as some of those ‘pram suburbs’ – young upwardly mobile couples have always liked to move those extra couple of kilometres out,” he said.

“But that’s gone by the by now. East Brisbane is a standalone residential suburb with so few apartments and so close to the city. Buyers are seeing the real value in it and, with the Cross River Rail, Olympics and the glow off Woolloongabba, it’s absolutely taken off.”

North of Brisbane in the Moreton Bay region, once-sleepy peninsula suburbs like Newport and Redcliffe are soaring: house prices there have risen by 47.8 per cent and 32 per cent, respectively.

Local Harcourts agent Steve Hawley said there was nothing in Newport under $1 million now unless it was a “patch of dirt”.

“And it’s still going. Nothing has changed since last year – the momentum is there and I am not seeing things slowing down,” he said.

“I wouldn’t even say we’ve had a boom up here, I think we’ve just been catching up, we’ve been undervalued for so long. Sydney people are still asking me why it’s so cheap here.”

Mr Hawley said the biggest change over the past 12 months was the number of buyers coming from Brisbane.

“They’re coming from suburbs like Chermside [in Brisbane’s north] and thinking they don’t have to commute to the city now or maybe just one or two days a week, so they’re selling up, moving up here for the lifestyle choice,” he said.

Redcliffe’s local rugby league club, The Dolphins, will join the NRL next year, which Mr Hawley said would drive a “stupid amount” of money into the area.

“What we have here is such sustainable growth. This isn’t a one-off. This is just the beginning.”