The visa changes that may ease Australia’s skill shortages 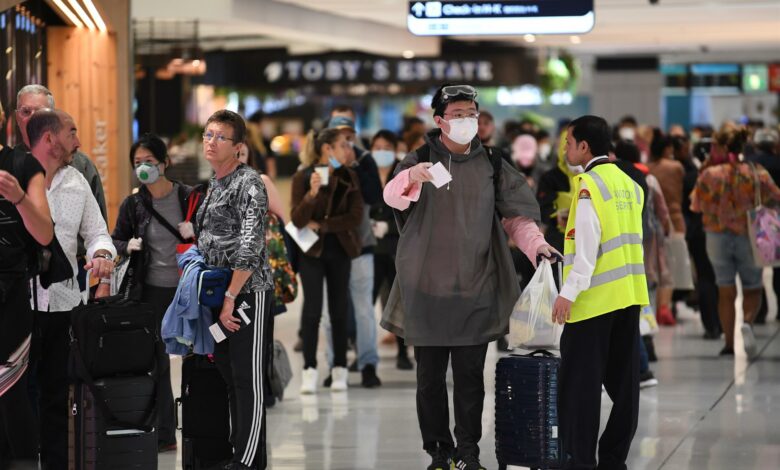 London | Many Australian businesses grappling with shortfalls of skilled workers are pinning their hopes on the Australia-UK free trade agreement due to come into force later this year.

A survey of almost 300 businesses by the Australia-British Chamber of Commerce (ABCC) found that 87 per cent expected the FTA’s easing of visa rules in both countries would help drive their growth, and half were planning to hire staff using the new pathways.

Lendlease Australia chief executive Dale Connor told the Chamber that his company was “experiencing a real skills gap”, including a dearth of quantity surveyors and engineers.

“Anything that enables us to access a wider pool of capability without friction is very important,” he said.

Under the FTA, which was finalised in December, Australia-based companies will no longer have to prove they could not find a qualified Australian for a job before hiring a Brit, and vice versa for Britain-based companies.

Professionals sponsored by a company will be able to bring their families for four years instead of two.

Working holidaymakers can be up to 35-years-old (the previous limit was 30), can stay for three years instead of two, and no longer have to do rural work – allowing employers to fish from a wider and more experienced pool of potential recruits.

“Given we cannot find enough of the skills we need, and this is likely to continue for the foreseeable future … [this] will certainly help a lot,” Deloitte Australia chief executive Adam Powick told the Chamber.

Accenture Australia chief executive Pete Burns said his firm would now consider “a formalised rotation program for younger staff with the UK firm, to complement the already strong movement between the two countries”.

But the Brits will also be keen to poach skilled Australians, and can offer higher London salaries.

Daniel Hodson, who chairs a project on the future of the London as a financial centre, recently told a parliamentary inquiry that the working holiday visa changes were significant.

“I ran an exchange that had 1000 employees – mostly graduates. The average age was 29. It shows that 35 is actually quite important, certainly in City terms, in terms of employability,” he said.

At the same hearing, John Cooke from the lobby group TheCityUK said investors in either direction needed to move key staff into the market when they expanded and were often stymied by the visa system.

“It may be extremely difficult to get a visa to move the personnel or experts you actually need to make that investment operate,” he said, welcoming in particular the prospect of longer visas. “If those things can be guaranteed under a treaty commitment, that is good.”

In 2020, there was almost $135 billion of Australian capital invested in Britain, and 600 Australia-owned firms operating there. More than 1400 British companies operate in Australia.

In the ABCC’s survey, three-quarters of respondents said the FTA would benefit them, and 20 per cent said this impact would be “significant”.

Besides being able to shift managers and skills around, there would be streamlined investment approval processes that would help fund managers and venture capitalists to invest across the Australia-UK border, and help companies to tap those funding sources.

“Investing in the development of new products will become more rewarding as we will be able to transfer IP swiftly between the two countries,” Laing O’Rourke’s group director of people and corporate affairs, Josh Murray, told the Chamber.

“UK developments in large construction off-site manufacturing, for example, may become more readily re-usable in Australia, so we can be even more agile and capital effective.”

Australia’s process of ratifying the FTA will be set back by the federal election, which will restart the clock on key aspects of the process.

Britain’s parliament is likely to start the final phase of its deliberations in May. Despite vocal criticism from Britain’s agricultural lobby, the deal looks set to win majority support from British MPs.

As with all FTAs, the changes might not be immediate: the two governments have given themselves up to five years to implement all the deal’s visa changes, although it is understood both governments are keen to move quickly.

“While the agreement did achieve comprehensive tariff elimination covering almost all products, the economic effects of this increased market access will be small – simply because Australia is not one of the UK’s major trade partners,” she wrote in a recent blog post.