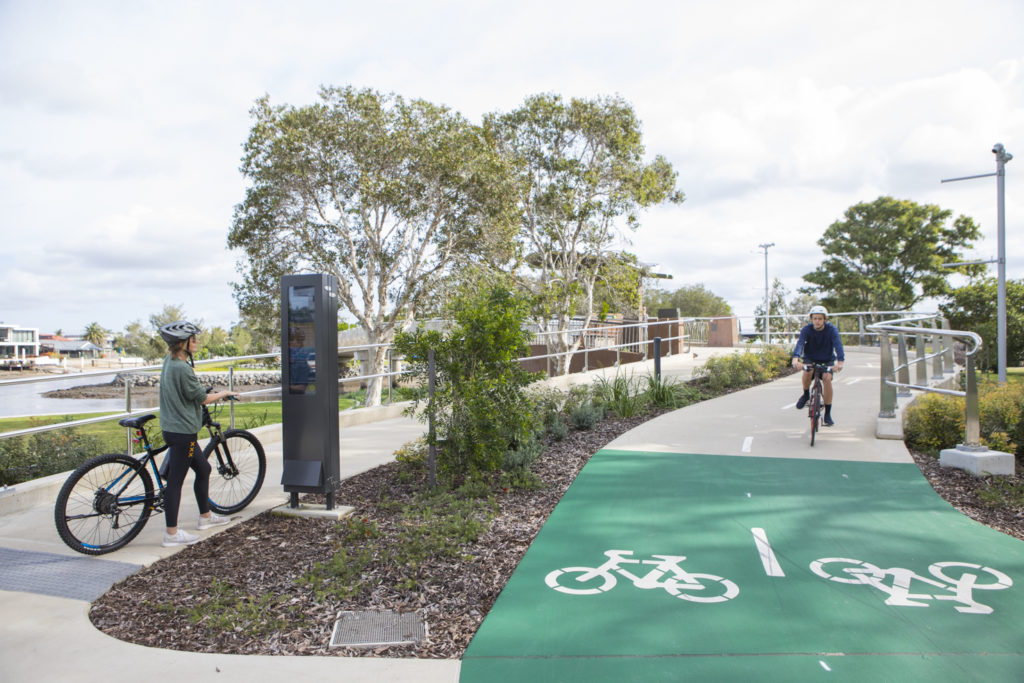 Designs for two green bridges linking West End to Toowong and St Lucia have been released by Brisbane City Council for public consultation.

The two bridges for pedestrian, scooter, and cycling use are planned to connect Brisbane’s busy inner-western suburbs across the river.

They form part of Lord Mayor Adrian Schrinner’s 2020 election promise to deliver five green bridges for the city, with $550 million earmarked for the program.

Two bridges — one at Kangaroo Point costing $190 million and one at Breakfast Creek for $70 million — were fast-tracked last year and are now approaching construction.

A fifth green bridge location remains uncertain, and the Lord Mayor has previously said the two West End bridges were subject to funding commitments from the state or federal governments.

“These new concept designs are based on what residents told us were their preferred alignments and provide a first look at the potential bridge forms and structures, landing locations and features, as well as viewing areas and landscaping,” Cr Schrinner said.

The Toowong to West End bridge will start at 600 Coronation Drive and land at Orleigh Park in West End, near Forbes Street.

The design is a curved single-mast cable stay bridge about 280 metres long, with a single pier in the river to minimise impacts on the river.

The bridge will be shaded along its pedestrian path and will form part of Consolidated Property Group’s planned three-tower, 290-apartment development for the former ABC site on Coronation Drive.

The St Lucia to West End bridge will be fully shaded and will span from Guyatt Park in St Lucia to land in Orleigh Park, near Morry Street.

Greens councillor Jonathan Sri welcomed the announcements, saying he had advocated for the bridges for years, and wanted the Toowong-West End bridge to begin construction as soon as possible.

“The concept designs and associated documents are still a bit light on in detail, particularly in terms of how some of the bridge landings connect to major destinations and existing bikeways,” he said.

“Shade cover on the bridges is really important, as is detailed consultation about the design of the public spaces at either end.”

“Previous consultation undertaken on both bridges clearly indicated many residents see the Toowong to West End Green Bridge as a higher priority for Brisbane,” he said.

“In response to this feedback, we will deliver the Toowong to West End Green Bridge first.”

Cr Murphy said work could begin on that bridge in 2024 if funding was sourced and development applications approved.

The council may, however, be reliant on federal funding after Queensland Treasurer Cameron Dick in July ruled out state funding for the green bridge program.

Consultation on the bridge designs is open until February 28.