Why have Australian house prices risen despite falling population growth? 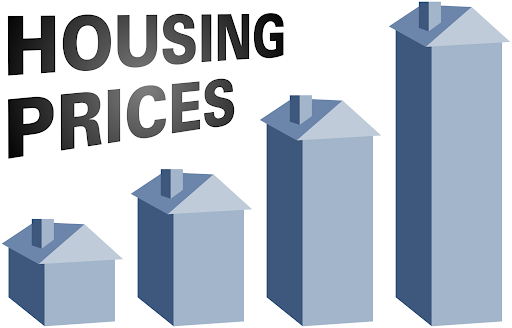 If you’d asked how to stop house price inflation in pre-pandemic times, pausing international immigration and building a lot of new houses would have been high on the list.

According to the dominant narratives, population growth has driven demand for residential property, while planning and “red tape” have prevented the supply response. For many commentators, houses are like bananas, with prices rising and falling in response to supply and demand.

Last year, we saw just how simplistic these claims really are. The number of new migrants and returnees to Australia fell by 244,000 people. But prices continued to rise – houses earned more than wages over the past 12 months.

Sydney and Melbourne experienced the sharpest decreases in population growth due to the closure of international borders and regional migration, from about 2 per cent growth in 2018-19 to a 0.2 per cent contraction in 2020-21. But home values rose 21 per cent and 13 per cent respectively over the 12 months to August on CoreLogic data, propelled by government grants, concessions, and low interest rates.

In theory, rising house prices would stimulate a supply response in a competitive market, which in turn would moderate prices. In practice, housing production is “sticky” – new dwellings take time to build and are costly to finance.

This is a particular issue for large apartment buildings, with finance often not being available until the developer has pre-sold the majority of apartments. Even so, pre-pandemic rates of new housing production reached historic highs in Australia. According to the latest data, at 2 per cent per annum, Australia’s rate of housing production relative to the existing stock is well above the OECD average. As the federal government begins another inquiry into housing affordability and supply, with submissions due today (federal governments like talking about supply because they can shift the blame for housing affordability issues to state and local levels), it is important to remember that the economics of housing is different to that of bananas. This is because housing is a financial asset as well as a consumption good. So, the largest impact on house prices is the supply and price of finance – not new dwellings. This is well explained by our colleague Dr Cameron Murray in his submission to the Inquiry.

If the federal government is interested in which supply issues are important, an increase in the amount of affordable rental supply would address ongoing housing stress and overcrowding in the major cities and rising rates of homelessness in regional areas.

However, the Commonwealth appears to have turned its back on social housing, limiting the capacity of the states in what has traditionally been a joint responsibility. This impression was reinforced recently by MP Jason Falinski, who is leading the Commonwealth’s inquiry deriding social housing at a recent property industry forum by saying, “the issue that you have is social housing is housing commission”.

Nevertheless, some of the government responses during the pandemic offer new promise. Accommodation was provided for people experiencing homelessness, while increased income support enabled some renters to access better housing or alleviated financial stress. Moratoriums on rental evictions have demonstrated the need for increased tenure security in the private rental sector.

Building on these lessons, it’s time to enact a national housing policy with a clear set of objectives to ensure that all sectors of the population have access to affordable and appropriate homes. Rather than rhetorical promises to “solve” house price inflation through new supply, the national housing strategy should emphasise stable rates of housing construction attuned to changing population needs.

Recognising calls from industry in both non-profit and for-profit sectors, the national approach would expand the social housing stock and enable new models of housing provision, such as shared equity and low-cost home ownership.

Support for Aboriginal housing providers and organisations, including improving the condition and maintenance arrangements of existing housing stock, would be integral.

Improving the quality of existing housing and residential communities through sustainable retrofit and renewal programs should replace narrow supply agendas. Targets for climate resilience should complement targets for new dwellings.

For the growing number of Australians renting in the private sector, improved rental protections – for instance, an end to no-fault evictions – is critical, and increased support for low-income earners is long overdue.

None of these strategies require, or would even cause, house prices to fall. That may be lucky because, despite the hand wringing, it’s clear that politicians don’t want them to. Nor do the producers, who claim that planning – rather than profit maximisation – holds back housing production rates.