Would you co-buy with the government if it meant you could own a house? 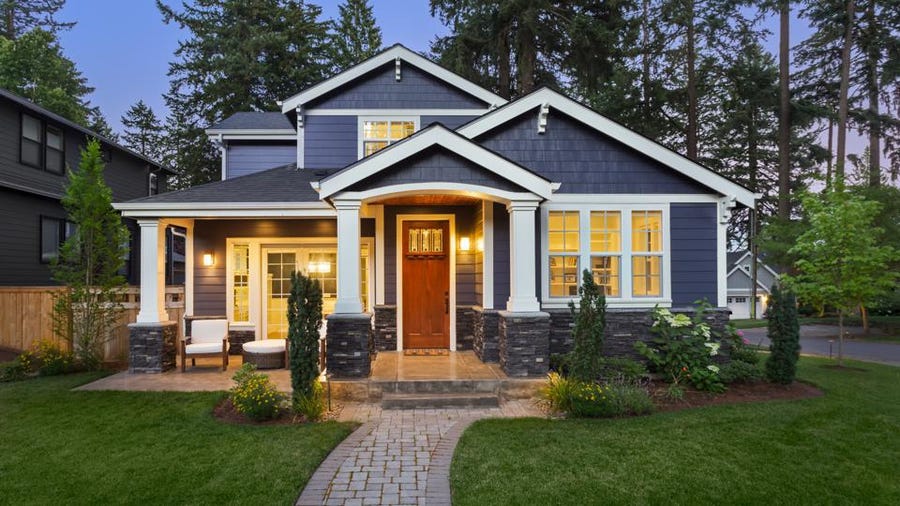 The federal government could help more Australians into the property market by co-purchasing homes with lower-income earners, a leading think tank has proposed as the nation’s housing crisis pushes the dream of homeownership further out of reach for many.

A national shared equity scheme, where the federal government co-purchases up to 30 per cent of a property’s value, is being called for by the Grattan Institute ahead of the next election as a way to help arrest declining rates of homeownership among poorer Australians.

The proposed scheme would enable first-home buyers and older Australians re-entering the market to buy with as little as a 5 per cent deposit when co-purchasing with the government, which would then take the same proportionate share, of up to 30 per cent, of any profits when the home was sold.

The scheme would be restricted to single people with incomes below $60,000, or couples with combined incomes below $90,000, purchasing their principal place of residence. Regional price caps would mean participants could only buy homes costing less than the median property price in their city or region.

Grattan Institute economic policy program director Brendan Coates said the rapid rise of house prices had made saving a deposit a huge problem for those without the help of “the bank of mum and dad”.

“House prices have risen so much relative to incomes that it is increasingly difficult for anyone to buy a home without family support,” Mr Coates said.

He noted that homeownership rates were falling fast, especially among the young and poor, halving over recent decades for lower-income earners aged 24-34, from 57 per cent to 28 per cent.

The proposal follows the NSW government’s recent announcement that it was developing a shared equity scheme to help first-home buyers, and the Victorian government’s expansion of a similar scheme late last year.

Shared equity schemes are already in place in Western Australia, South Australia and Tasmania but offer comparatively few shared-equity loans, Mr Coates said. They are also an option for public housing tenants in Queensland, while low- to moderate-income earners can access a land rent scheme in the ACT.

“There is a patchwork of existing state schemes – the longest is Western Australia’s Keystart, and that’s been effective but still relatively small,” Mr Coates said, adding that it had a very low default rate and had turned a profit for the government over time.

State schemes should be replaced or funded through a national partnership agreement, the proposal suggests, as the federal government had lower borrowing costs than state governments and was better placed than private providers to secure the long-term financing required.

The shared equity scheme would help first-home buyers into the market faster, but also help older Australians, especially vulnerable older women who may have the savings needed for a deposit but too little time left in the workforce to secure the loan they need, Mr Coates said.

It would be capped at 5000 places a year in the early years, and purchasers would borrow the remaining funds from a private lender. Participants would then have the option to buy out the government’s equity stake, in 5 per cent increments, for the market rate at that time.

The paper also noted that governments needed to reform the planning system and wind back housing tax breaks such as negative gearing and the capital gains tax discount to reduce demand, as the Grattan Institute has long argued. The think tank has also previously called for a 40 per cent rise in Commonwealth Rent Assistance and the establishment of a social housing future fund.

Mr Coates acknowledged that shared equity schemes could result in higher house prices by adding to housing demand but said the targeted nature of the scheme meant any impact would be modest.

He said the direct financial cost to the federal government would also be modest, at just $220 million over the first four years, but the federal budget would probably benefit in the long term.

Independent economist Saul Eslake said while the targeted scheme tried to minimise the risk of putting upward pressure on property prices, it was still a risk factor.

“My instinctive reaction to schemes like this is that anything that allows Australians to spend more on housing than they otherwise would, which this does, results in more expensive housing rather than more people owning housing,” Mr Eslake said.

He would prefer buyers to purchase new homes, as with some state schemes, so helping to add to new supply, although he acknowledged there was a risk that this would add to the cost of new homes and end up in the profit margins of builders and developers.

Mr Eslake said the scheme would be preferable to grants and concessions, and there would at least be a return on the taxpayer dollars used for the scheme when a property was sold. The inclusion of older Australians looking to re-enter the market was also favourable.

“I still think it is no substitute for other measures to increase the supply of [social, affordable and private] housing and to reduce demand for it from investors,” Mr Eslake said.

Professor Hal Pawson, associate director of the University of NSW’s City Future Research Centre, felt it would be a politically attractive policy but shared similar concerns.

“The challenge for all these types of schemes is how much are they really lowering the income threshold for homeownership?” he said, noting that they typically brought forward first-home buyer purchases that would have otherwise occurred and did little to help those for whom homeownership was completely out-of-reach.

He expected the scheme could have a small impact on property prices but that this would be “less damaging than simply dishing out grants to first-home buyers”.

However, he felt it would be hard to justify such program without committing to an equivalent or larger expansion of support for low-income renters, who were more in need of assistance.

“The next federal government will ideally look at the whole housing system and does not only focus initiatives on homeownership, which is what we’ve seen in this term … where the two major initiatives have been the First Home Loan Deposit Scheme and then HomeBuilder.”